Japan Display Inc is taking the war on screen bezels to new heights. While we’ve seen a number of phones with super-slim side bezels over the past few years, there are usually pretty thick chunks of plastic or metal above or below the screen: because that’s where you hide the circuitry, speakers, and other gear.

But Japan Display (JDI) says its new 5.5 inch “Full Active” display has slim bezels around all four sides and could be used for phones that are nearly all-screen (on the front, at least). 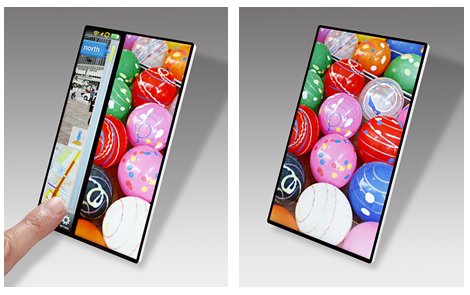 The 5.5 inch, 1920 x 1080 pixel LCD display uses “high-density wiring layout” and other new technologies so that the top, bottom, and side bezels are all super-thin.

JDI expects to begin mass production of the new screen by the end of March, 2017 and says the new screen could help “create entirely new smartphone products,” the company doesn’t really explain where you’d hide the speaker, mic, or front-facing cameras on such phones.

Maybe JDI figures you’ll use wireless accessories for those features.