Japanese wireless carrier NTT DoCoMo had planned to be one of the first mobile service providers to offer smartphones and tablets running the Tizen operating system. But the company is scrapping plans to roll out its first Tizen devices in March.

That doesn’t mean we won’t see Tizen products from NTT DoCoMo or other companies later this year… but for now, NTT DoCoMo says the time just isn’t right. 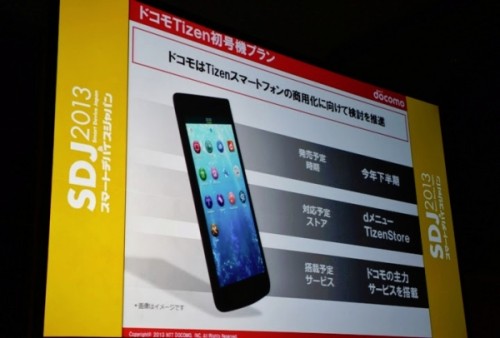 The carrier blames slowing growth in the smartphone space. The company already offers Android phones and in 2013 NTT DoCoMo added iPhones to its lineup, but apparently that didn’t do much to boost sales in Japan.

So officials tell Engadget and the Wall Street Journal that the time isn’t right to launch a third platform.

Tizen is a Linux-based operating system backed by Intel and Samsung. It’s based on open source software and it’s designed to be custamizable by device makers and wireless providers. It’s also kind of designed to give companies more control over the devices they sell rather than ceding that control to Google and Apple.

I’d be surprised to see the major players in the Tizen space give up on those dreams — but launching the first Tizen devices at a time when you’d expect them to flop probably wouldn’t be a smart move. Nobody needs a repeat of the webOS launch disaster.

On the other hand, there is already at least one device shipping with Tizen software: The Samsung NX300M camera has a Tizen-based operating system. While there are a few cameras that ship with Android, and plenty of people use their phones as cameras, the camera operating system space is a lot less competitive than the phone OS space.