Some smartphones have enormous displays that blur the lines between phones and tablets. But there’s another way to put a tablet-sized screen into a phone: make a screen that can fold in half.

Japan Display has begun showing off a dual-panel smartphone screen that unfolds like a book. Folded up it looks like a smartphone screen. Unfolded, it’s more of a tablet-sized display (with a black line running down the middle).

It’s not an entirely new idea, but it’s one we haven’t seen in a while. And according to Nikkei, it’s one that could show up in at least one smartphone in 2017. 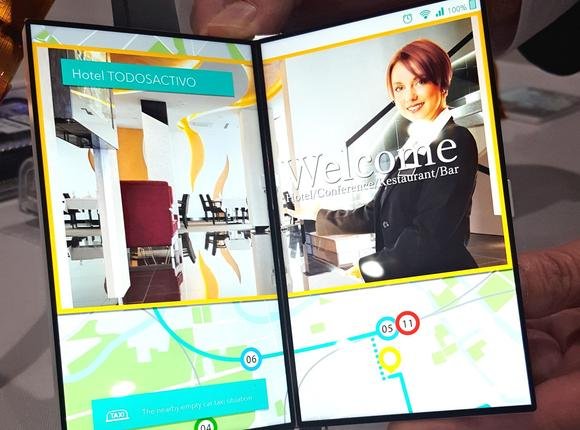 Japan Display is reportedly working with an “undisclosed Chinese partner” to build a phone that will use the dual-panel display.

That partner is said to be a global smartphone maker, which means that it’s possible the phone could be sold around the world and not just in China.

The dual-panel screen can be either used to display separate apps in each window (for watching videos or surfing the web in one screen and chatting in the other, for example), or as a single large display for reading periodicals or watching videos.

Meanwhile Samsung is said to be working on its own folding phone, although it’s unclear if or when that model will hit the streets.