Apple’s iTunes software turned 18 this year. But while it’s just become old enough to vote in US elections, Apple has decided to replace iTunes and divide up its features into a series of separate apps. 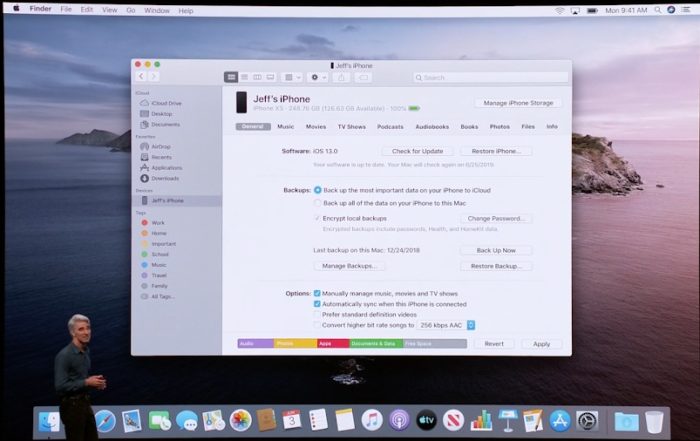 Of course, iTunes used to do a lot of things including managing and playing music, movies, and podcasts and syncing your iPhone or iPad.

Now Apple says you can sync your iPhone with a Mac by plugging in your mobile device and opening the Finder app to view sync settings.

Want music? Apple Music has you covered. Movies and TV shows? There’s the Apple TV app. And how about podcasts? There’s Apple Podcasts.

The last one shouldn’t be a huge surprise to anyone who’s been following the podcast space for the past few years… because after years of hearing podcasters ask listeners to leave reviews on iTunes, you may have started to hear people ask you to leave a review on Apple Podcasts recently. That’s because Apple has changed its advice to podcasters, ostensibly to promote the separate Apple Podcasts app… but apparently to also prepare for a future without iTunes.

What does this mean for iTunes for Windows? That’s unclear at the moment. But I wouldn’t be surprised to see Apple Music, Podcasts, and TV apps hit the Microsoft Store in the future.

Update: Ars Technica reports that iTunes for Windows is still a thing… for now. It’s not clear what Apple’s long term plans for Windows may be, or if it has any.