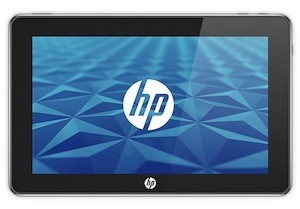 OK, we know that HP is working on a tablet computer running the Palm WebOS operating system. So what’s up with that HP Slate 500 tablet that was spotted on the HP web site yesterday? You know, the one running Windows 7? Didn’t HP kill off its Windows 7 tablet plans months ago?

Well it turns out that HP is still working on a Windows tablet. Engadget received confirmation from HP that the Slate 500 is a real product — although at this point it’s in “customer evaluations.”

In other words, the whole thing could still be scrapped. But there’s a chance that HP might bring this thing to market, which would probably explain why someone bothered to go through the trouble of adding some images and details to the HP web site this week.

Of course, there were indications a few months ago that the Windows 7 Slate project weren’t entirely dead. But it certainly looks like this tablet won’t launch in the next few weeks.