When Intel introduced the first ultrabook designs last year, the company predicted that by the end of 2012 the thin and light laptops could account for 40 percent of all notebook sales. But according to research firm IHS iSuppli, that’s not likely to happen.

Earlier this year iSuppli predicted that PC makers would ship 22 million ultrabooks this year. But today the firm cut that prediction in half, suggesting that only about 10.3 million units will have shipped by year’s end. 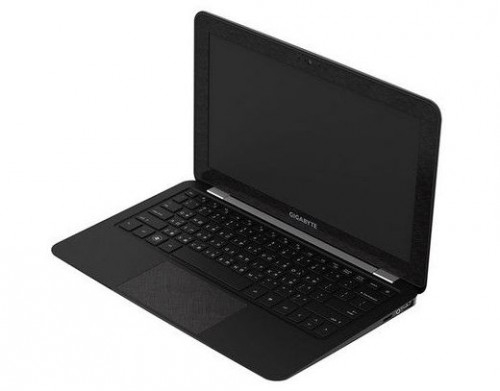 What’s more, iSuppli expects most of those ultrabooks to ship in the last quarter of 2012, after Microsoft Windows 8 is released. In other words, we’re more than 9 months into the year, and iSuppli figures we’re not even close to that 10.3 million figure yet.

There are a few things to keep in mind here. First, shipments aren’t the same as sales. So even if 10.3 million units are shipped to retail stores, it’s tough to tell how many people actually purchased ultrabooks to use for home or work.

Second, iSuppli is making an educated guess based on information from industry sources. But not all PC makers share this kind of information, so while iSuppli is pretty good about making guesses, these are still just guesses.

That said, iSuppli still expects shipments to pick up in 2013. The company is predicting we’ll see 44 million ultrabooks move next year (although that number is down from the 61 million iSuppli had been predicting).

Ultrabooks are thin and light laptops with premium features including all-day (or nearly all-day) battery life, solid state storage (or at least a solid stat cache disk), and connected standby features that let you receive email messages and other status updates while the computer is sleeping.

Basically, they’re Intel’s idea of how to add tablet-like features such as thin size, instant-on, always-connected capabilities and long battery life to laptops to help convince people to buy a full-fledged laptop instead of (or in addition to) a consumer tablet.

Part of that equation is price. Intel sets guidelines for PC makers that want to call their devices ultrabooks, and one of the guidelines is that high end ultrabooks should be priced at or around $1000 or less… at least for an entry level model.

We’ve even started to see some models sell for as little as $599. But that’s still a lot of money at a time when consumers have gotten used to paying less for computers and consumer electronics. You can pick up a decent Android tablet for $199 or less. And it’s not hard to find a netbook for around the same price.

It’s possible that if ultrabook prices continue to fall and entry level models start to sell for less than the cost of an entry-level iPad, they could move better. But I’m not sure that’s what Intel or its hardware partners want to see happen.

Part of the reason they’re cramming all those extra features into ultrabooks is to offer a better user experience. But a big part of the reason is to convince shoppers that a good laptop is worth more than a few hundred bucks. And if iSuppli’s figures are accurate, it looks like Intel and PC makers are having a tough time selling that idea right now.

3 replies on “iSuppli cuts 2012 ultrabook shipment estimates in half”