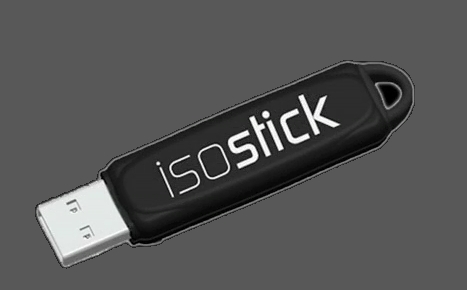 At first blush, the idea of the Isostick might not seem that amazing. In simplest terms, it’s a USB flash drive that your computer detects as an optical drive. But who needs something like that? Nowadays, just about every computer on the market can boot to a USB device, be it a flash drive or an external hard drive. This lets you boot into a Linux-based operating system or run system repair software on your computer without using a disc drive.

However, if you’ve played around on laptop or desktop computers from three or four years ago, you may have run into a few that simply don’t want to acknowledge your USB-pluggable storage. That can cause a lot of headaches when you want to re-install your OS or load a new one, since many of us don’t bother to keep recordable optical media lying around any more.

The Isostick takes care of this problem by taking a page from the old U3 flash drives. Inside the stick are two “disks:” the bootable optical disk, and the expanded flash storage into which you can load your CD and DVD .ISO files. When the Isostick boots up, you’re given a menu that lets you choose which of your .ISOs you’d like to boot.

Sure, you can hack something like this together yourself using tools like ISOLINUX, but the Isostick takes a lot of hassle out of the process. If you’ve been trying your best to make sure half a dozen Windows CDs and DVDs don’t get scratched up and leave you in the lurch, the Isostick is well worth a purchase. The Kickstarter project is rapidly closing in on its $25,000 funding goal, so you’ll be able to pick up your drive very soon. Right now, an 8GB drive is yours with a $75 pledge — and you’ll score some free stickers, too.

Just make sure you don’t accidentally put it through a wash cycle.