Nokia launched its first modern tablet in 2013. The Lumia 2520 featured a 10.1 inch full HD display, a Qualcomm Snapdragon 800 processor, 2GB of RAM, and 32GB of storage. It was a pretty nice piece of hardware with one major problem: it ran Microsoft’s Windows RT operating system which meant there wasn’t all that much you could actually do with the Lumia 2520.

Rumor had it that the company planned a follow-up in 2015 that was code-named Mercury, but then canceled.

Now pictures of that never-released tablet have allegedly surfaced, showing that it would have been a Windows 8.1 device with an Intel Atom Z3795 Bay Trail processor… although it’s possible we’re looking at a knockoff that borrows some design cues from Nokia than an actual prototype from the Finnish company. 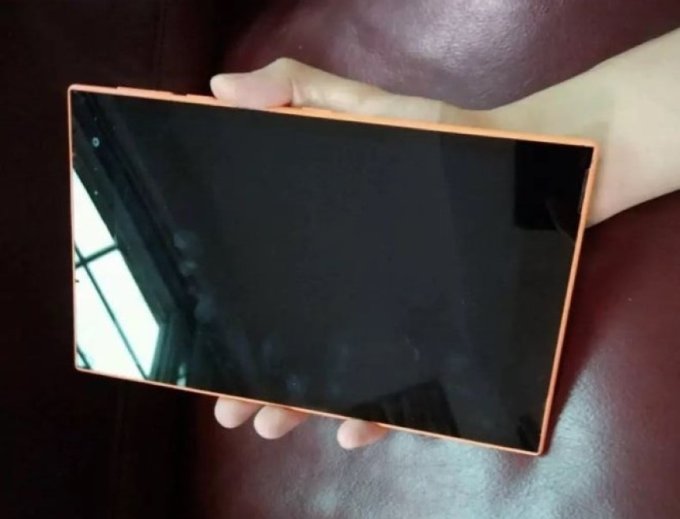 Windows Blog Italia published a few hands-on pictures of a tablet that looks like a 7 or 8 inch Windows device, along with a CPU-Z screenshot showing the processor details.

But a little Googling shows that NokiaMob spotted pictures of a similar device posted to Chinese social media sites earlier this year… and decided that they were probably fake due to the lack of any Microsoft or Nokia branding.

Still, it does raise questions of what might-have-been, had Microsoft not decided to phase out the Nokia Lumia brand and focus on its own Surface tablets after acquiring Nokia’s phone business.

Microsoft obviously had a different vision for small tablets at the time: the company had planned to release an 8 inch Surface Mini with big bezels, Windows RT, and a Surface Pen for writing, drawing, and navigation in 2014. But that device was scrapped too… and pictures of a prototype of the Surface Mini also made the rounds recently giving us an idea of Microsoft’s initial plans for competing with iOS and Android tablets.

Ultimately, Microsoft scrapped Windows RT and instead focused on making Windows 10 more tablet-friendly, allowing the same operating system to run on notebooks, desktops, and tablets with any screen size. But some of the ideas behind Windows RT are coming back: Microsoft’s new Windows 10 S operating system is designed to offer tighter security and improved performance by blocking users from installing applications that aren’t distributed through the Windows Store (but provides a way to leave the walled garden by letting you upgrade to Windows 10 Pro), and Microsoft is also working with Qualcomm on a version of Windows 10 that can run on devices with ARM-based processors.

One reply on “Is this the Windows 8.1 tablet Nokia never released?”