The Intel DG1 GPU is aimed at “mobile creators” looking for a little extra horsepower for graphics and video applications. While Intel hasn’t officially launched its DG1 GPU yet and no laptops featuring the GPU have been announced, Asus has come pretty close to stating that its newest VivoBook Flip 14 laptop features an Intel DG1 GPU.

According to the project page for the Asus VivoBook Flip 14 TP470EZ, the system features the “First Intel Discrete Graphics.” 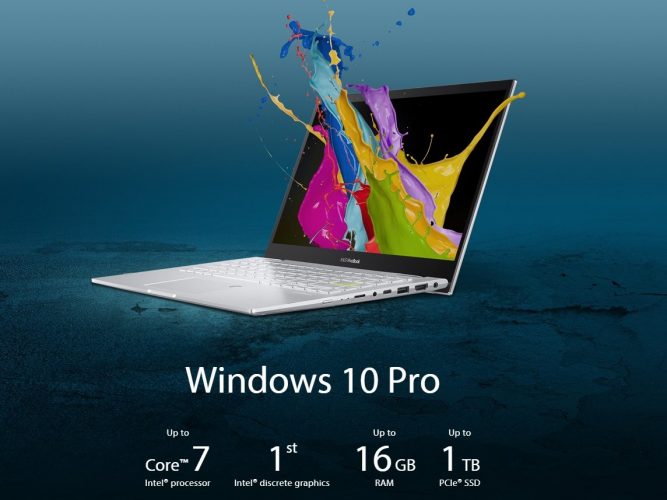 That vague language is similar to the wording we normally see when a company announces a laptop that will feature an as-yet-unannounced CPU or GPU. But while we usually see things like “latest Intel processor” or “next-gen AMD CPU,” this time Asus is using “first” as a descriptor.

While it’s possible this is a misprint or a poorly worded description of Intel’s new high-performance integrated graphics, there’s at least one more clue that the new VivoBook Flip will have a discrete GPU: in the memory section of the spec page, Asus notes that it supports up to 16GB of LPDDR4X-4266 memory and 4GB of video memory.

Asus will offer the notebook with a choice of Intel Core i5-11135G7 or Core i7-1165G7 processors, up to 1TB of PCIe solid state storage, and optional support for Intel Optane memory.

Other features include Thunderbolt 4, HDMI, and USB 3.2 Gen 2 and USB 2.0 Type-A ports. There’s also optional support for an Asus NumberPad, which allows you to use the laptop’s trackpad as a numeric keypad.

While the Asus VivoBook TP470EZ is the first laptop I’ve seen that’s described as having “first Intel discrete graphics,” I doubt it will be the last. Asus positions its VivoBook laptops as more affordable alternatives to the company’s premium ZenBook series. It’d be strange if to see a laptop in this line receive Intel’s new higher-performance GPU without other, pricier laptops also getting the option.

Then again, we don’t know how the Intel DG1 GPU stacks up against the latest discrete graphics solutions for laptops from NVIDIA and AMD yet… so maybe this is a graphics card best used in mid-range laptops.

4 replies on “Is this the first laptop with Intel DG1 discrete graphics?”