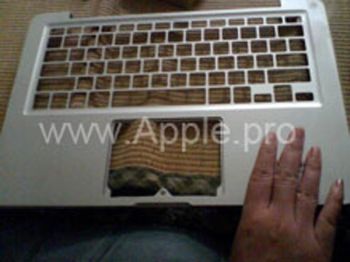 Word on the street is that Apple is about to come out with something new. No surprise there. Apple’s always coming out with something new. But according to the rumor mill, this new model could represent the fruits of a new manufacturing process called “brick” that will make it easy for Apple to sell attractive laptop cases at a lower price. The Inquisitr claims that Apple could even be preparing to release an $800 laptop. While that’s not exactly cheap by PC standards, Apple has never released a laptop for less than $1000 $999.

OK, so if the rumor is true, does that mean Apple has a netbook up its sleeve? I don’t think so.

First, $800 may be cheap by Apple standards, but it’s not exactly an impulse buy. While there are plenty of Mac enthusiasts who would love to get their hands on an $800 MacBook even if it offers lower performance than the higher end models, you can pick up a netbook from Acer, Asus, Dell, HP, Lenovo, or MSI for $300 to $550. So even if Apple were to release a 10 inch, $800 notebook, I’d be reluctant to put it in the same class as these cheaper devices.

Second, some recently leaked photos would seem to indicate that the new mystery MacBook is a lot bigger than 10 inches. You know, unless that’s the tiniest hand ever. I’m guessing this laptop will feature at least a 15 inch screen.

On the other hand, I could be totally wrong here. Maybe Apple is developing a new manufacturing process that will make it easier to release cheap laptops. And maybe the leaked photos show just a single model. Maybe there will be a 10 inch, 12 inch, 15 inch, and 19 inch version. Who knows? That’s the fun of rumor-mongering. You get to speculate. I just wouldn’t waste a lot of time hoping for a truly cheap ultraportable laptop from Apple.