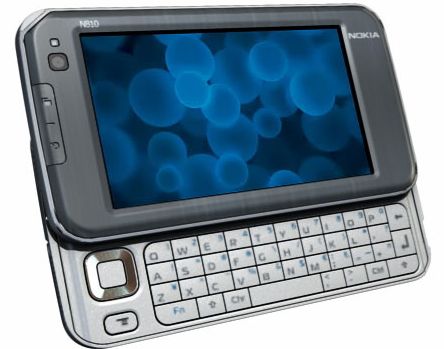 Nokia CEO OLLI-Pekka Kallasvuo recently commented that the company is “looking very actively” at the possibility of making laptops. Nokia is the world’s largest handset maker, and certainly knows a lot about making small and cheap electronic devices with long battery life. The company also produces a line of Linux-based Internet Tablets that look a lot like old school PDAs, but which pack GPS and WiFi and are designed specifically for surfing the web.

Kallasvuo says the line between cellphones and computers is getting thinner and thinner. It’s not clear what kind of notebooks Nokia is thinking about, but my money would be on a netbook. We’re already starting to see mobile wireless providers like T-Mobile, Vodafone, and AT&T selling netbooks at subsidized prices when customers sign up for long term service plans — much the way they do with cellphones. Nokia already has connections with these companies, and I could totally see a Nokia netbook showing up in an AT&T store before it’s available at Amazon or Best Buy.

Update: Jkkmobile found a video that puts this rumor in another light. Kallasvuo basically responded to a question about whether Nokia was working on a notebook/netbook by saying “never say never,” and that the company was looking at the possibility. Which isn’t quite the same thing as saying without provocation that Nokia will produce a netbook.

Update 2: The plot thickens. DigiTimes suggests that Nokia is already reaching out to Taiwanese notebook makers about building a netbook, which could use either the Intel Atom or Qualcomm Snapdragon chipset.

4 replies on “Is Nokia working on a netbook?”