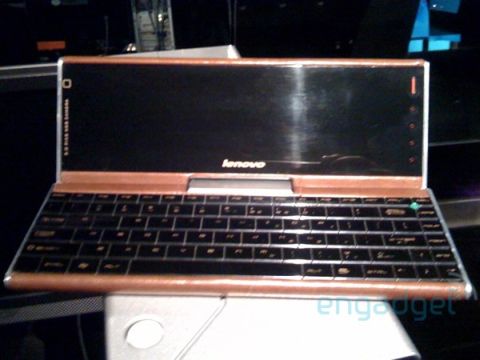 Apparently Sony isn’t the only company thinks that there’s a future for portable devices with super-duper widescreen displays. An anonymous tipster sent Engadget a few blurry images of what looks like a prototype handheld device from Lenovo that bears a pretty significant resemblance to the Sony Vaio P.

There’s no information on the specs, and it’s not even clear if this little guy turns on. But it appears to have a full keyboard, a screen that’s significantly longer than it is tall, and some sort of leather case. There’s no touchpad. Instead, there’s a pointing device in the upper righthand side of the keyboard – something that many netbook users have been hoping to see for ages — although I’d rather see the pointing device in the center of the keyboard than off in the corner.

8 replies on “Is Lenovo working on a Sony Vaio P clone?”