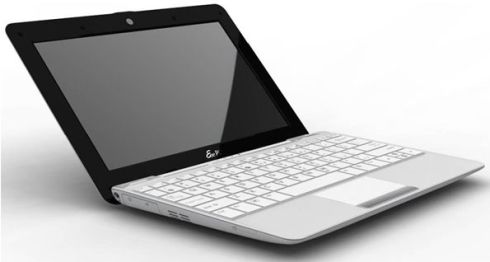 We heard rumors a while ago that Asus was consolidating its netbook lineup, and possibly eliminating its 7 and 9 inch models in the UK to make room for the popular Eee PC models with 10 inch displays. But I didn’t see this one coming at all. Register Hardware is reporting that Asus plans to phase out everything but the Eee PC 1008HA, Eee PC 1005HA, and a yet-to-be-announced Eee PC 1000 series netbook.

If the story is accurate, come July those will be the only three Eee PC netbooks targeted at UK consumers. The soon to be released Eee PC T91 with an 8.9 inch touchscreen display will reportedly be targeted at educational markets and not consumers. But it’ll be time to say goodbye to existing popular netbooks like the Eee PC 1000HE, with its astonishing 7-9 hour battery.

While I do think that Asus went overboard with the sheer number of netbooks it released between 2007 and 2008, I’m not sure this particular consolidation makes much sense. First, Asus would be limiting its product line to three new units, at least two of which are a major departure from any of the company’s current netbooks. Second, the company put a lot of time and effort into refining the Eee PC 1000x series. The Eee PC 1000HE includes an excellent keyboard and battery. It could stand to lose a few ounces in weight, but I certainly hope that the unnamed new netbook from Asus isn’t too radically different from the 1000HE.

I reached out to the US Asus office to see if the same consolidation would be taking place here. The response is that “every market is different” and that some models would  be available in different markets, and “what happens in the UK is not a global roadmap.”

This makes sense, since some models that Asus initially launched earlier this year, like the Asus Eee PC 1004DN, have been made available in Asia but not in the US or Europe. So while nobody is ruling out consolidating the lineup in the US, it doesn’t look like the Eee PC 1000HE is going away… yet.