It’s been more than two years since the first Raspberry Pi mini-computer shipped. And while the developers have released a new Compute Module and a few accessories, the basic design of the Raspberry Pi hasn’t changed much.

Update: It’s official. The Raspberry Pi Model B+ is a revised version of the original Model B with more USB ports, more GPIO pins, and other tweaks, but the same $35 price tag.

You can read our original article about the pre-release leaks below or check out details about the new Model B+ at the Raspberry Pi blog. 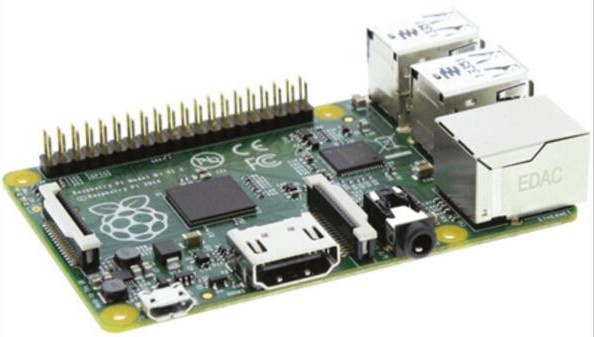 There could be a new model on the way. A device called the Raspberry Pi Model B+ showed up briefly at European retail site Reichelt over the weekend, but the product page was removed after about an hour.

The folks at AppDated grabbed a photo and some details before the Model B+ disappeared.

The Model B+ is about the same size as the original $35 Raspberry Pi Model B. But it has 4 USB ports instead of 2, a microSD card slot instead of a full-sized SD card reader, and  a more compact AV adapter.

This model also seems to have 40 GPIO pins instead of 26 and has a new digital signal processor for better audio performance.

Other specs remain largely unchanged, so the device still features a 700 MHz ARM11 processor, 512MB of RAM, and Broadcom Video Core IV graphics. While those specs look pretty anemic in 2014, keeping the same CPU means that software developed for the original Raspberry Pi Model A and Model B will probably work on the Model B+ and that’s important because the most compelling thing about this tiny, inexpensive community is the developer community that’s developed around it over the last few years.

It’s not entirely clear if the Model B+ is an official product from the Raspberry Pi Foundation or some sort of third-party board built out of a Raspberry Pi. Or maybe it’s just a mistake — we probably won’t know for certain until the product page re-appears at Richelt or other places.

Update: CNX Software spotted another photo of the Model B+ and this one features an Element14 box. That’s one of Raspberry Pi’s primary distribution partners for its single-board computers, so it looks like this thing is real.

Update 2: According Hack A Day Element14 accidentally shipped at least one Model B+ to a customer who had ordered a Model B, and European Raspberry Pi distributor RS Components has posted a spec sheet and schematics and priced the Model B + at €29.90. The original Model B sells for €27.40.