The first netbook hit the streets almost 5 years ago. When the Asus Eee PC 701 launched, it was the only notebook available fore $400 or less with a 7 inch display and an x86 processor. Over the next two or three years, the screens got larger, battery life got better, and prices got lower.

You can now pick up a decent netbook with a dual core Atom processor and a 10 inch screen for between $200 and $300.

But netbooks as we know them may not be long for this world.

Lenovo, Dell, and Toshiba have all stopped releasing netbooks in the US. Now industry gossip rag Digitimes reports that two of the biggest players in the netbook space, Acer and Asus, may be following suit.

Normally I don’t place much stock in rumors from Digitimes. The Taiwanese publication gets its information from upstream component suppliers. Those company’s often don’t actually know much about the plans of the big-name PC makers that hire them to do work.

But in this case, it wouldn’t be surprising to see netbooks as we know them slowly phased out.

While you can still find some older netbook models in the US, Acer, Asus and HP were the only major companies to launch new models this year — and we haven’t seen anything new from any of those companies since CES in January.

Meanwhile, Windows 8 is set to launch on October 26th, 2012. At that point, most laptops and other computers sold in stores will likely come with Microsoft’s next-generation operating system installed. And it doesn’t play all that well with existing netbook designs.

While there are some hacks that may let you run Windows 8 on a netbook with a low resolution screen, I doubt computer makers will really want to push that solution.

So with PC makers dropping netbooks from their inventory and Microsoft pushing an operating system that doesn’t support current hardware, 2012 really could be the end of the line for the netbook… sort of.

It all really depends on what you define as a netbook. For the past few years, a netbook has generally been defined as a 10 inch Windows laptop with an Atom processor and a reasonably low price tag.

But the first netbooks didn’t even have Atom chips. Remember the Eee PC 701? That had an Intel Celeron processor. And it didn’t run Windows either. It shipped with Xandros Linux.

Really, I like to think of netbooks as affordable ultraportable computers. Up until 2007, if you wanted a 10 inch or smaller PC, you had to pay $1500 or more for it. The Eee PC changed all of that.

While Atom-powered Windows notebooks might be on the way out (at least in developed nations… Intel and other companies seem to think they still have a future as low cost PCs in developing nations), affordable ultraportables are still around.

I’m not going to claim that the iPad or most Android tablets are netbooks. But we’ve seen a number of models with optional keyboards that sort of turn the tablets into portable notebooks running Android… or even Ubuntu or other Linux distributions.

We’ve also seen a number of new devices designed to run Windows 8 which look an awful lot like a cross between a netbook and a tablet. For instance, the HP Envy x2 and Samsung Series 5 Hybrid look a lot like Windows 8-style netbooks, with touchscreen tablet components to take advantage of Microsoft’s new touch-friendly Windows 8 user interface. 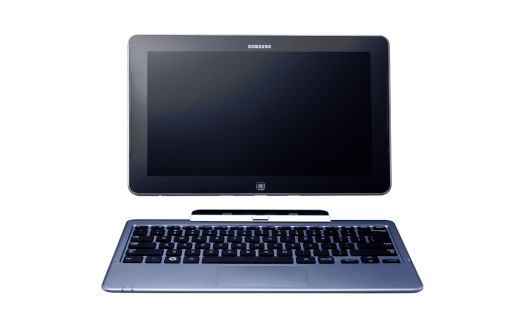 Yes, the $649 price tag for the Samsung hybrid looks a little pricey compared with most netbooks on the market today. But in 2008 I paid $550 for an Asus Eee PC 1000H with a 10 inch screen, 80GB hard drive, and Atom N270 processor — because that’s what early adopters do. They pay the price to get a device that’ll probably be a lot cheaper in a year or two.

So don’t be surprised if the traditional netbook disappears from the market over the next year or two. But netbooks opened the door for a wide range of affordable ultraportable computers, and I think we’ll continue to see those for years to come.

We’ll also see somewhat less affordable ultraportables like ultrabooks and higher-priced convertible tablets, because some people are going to be willing to pay more for extra power — and because PC makers really want you to buy devices with higher profit margins. 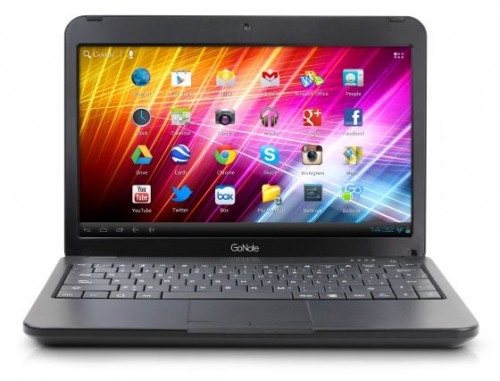 But some companies are taking a different approach altogether. GoNote and Rikomagic, for instance, are taking tablet components including ARM processor and Linux and Android operating systems, and throwing them into cheap netbook-like shells.