For years, virtually every major notebook to hit the streets has features a 1366 x 768 pixel display, regardless of the physical size of the screen. But recently we’ve seen a move toward 1920 x 1080 pixel displays, particularly in ultrabooks and tablets.

Yesterday HP announced it would soon offer a version of the HP EliteBook Folio with a 1080p screen, and now Dell is following suit. Meanwhile, Toshiba is following a different trend with its latest ultrabook — adding touch to its 14 inch Satellite U845. 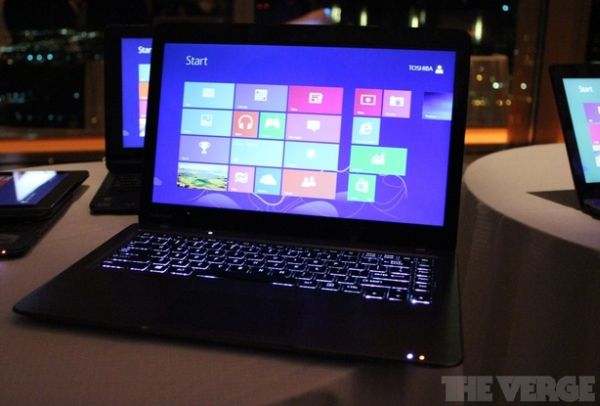 The Toshiba Satellite U845t is a 14 inch ultrabook that features an Intel Core i3 or Core i5 processor and up to 6GB of RAM and an entry-level $799 price tag. Oh yeah, it also has touchscreen, even though it sells for the same price as the non-touch version which hit the streets last year.

Dell’s XPS 13 ultrabook has been around for a while, and it’s a well-regarded thin and light laptop with a fast solid state disk and an attractive design. But despite its relatively high $1000-ish price tag, the only screen resolution that’s been available up until now is 1366 x 768 pixels.

Now the company plans to add a 1080p option for folks that want a higher resolution display, but there’s no word yet on how much that option will cost.