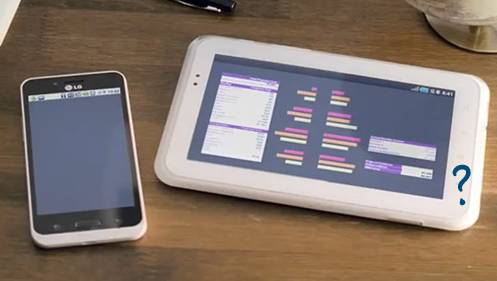 Once upon a time a company called iRiver made a name for itself with a line of MP3 players and portable media players. In fact I still have an old iRiver MP3 player lying around which I still use from time to time as a voice recorder thanks to its support for line and mic input. But while iRiver never exactly went away, the company has largely faded into the background after the launch of the iPod touch and iPhone.

Now it looks like iRiver might be ready to take the same plunge that nearly everyone else is taking to combat Apple. The company appears to be working on an Android tablet.

Netbook News spotted a picture of the tablet on a Korean blog (although the photo was snapped at an event in China). The device apparently has a 1 GHz Samsung Hummingbird processor, 802.11b/g/n WiFi, Bluetooth 2.1, and runs Android 2.2. While that doens’t make the iRiver tablet the most exciting device on the horizon, it does mean that the tablet probably won’t be very expensive.