Now that Apple’s $299 5th generation iPod touch is shipping, it was just a matter of time before someone ripped it apart to see if its true beauty lies on the inside. As usual, the honors go to the folks at repair shop iFixit.

They’ve posted a complete teardown guide including some great photos and color commentary. 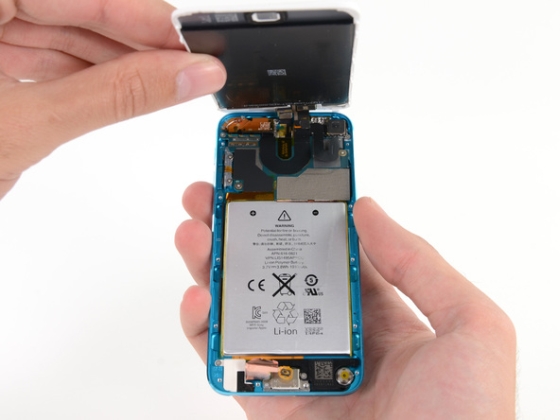 Despite the stronger battery, this is the thinnest iPod touch yet, measuring just 0.25 inches thick. That makes it about 20 percent thinner than the iPhone 5.

The bad news (other than the relatively high starting price) is that iFixit gives the new iPod touch a pretty low repairability score (3 out of 10). That’s because Apple did a number of things that probably help reduce costs and keep the iPod touch thin and light — but which make it harder to replace components.

A lot of the internal bits are soldered together or use the same cables. That means if just one piece of hardware breaks, you may have to actually replace several components.