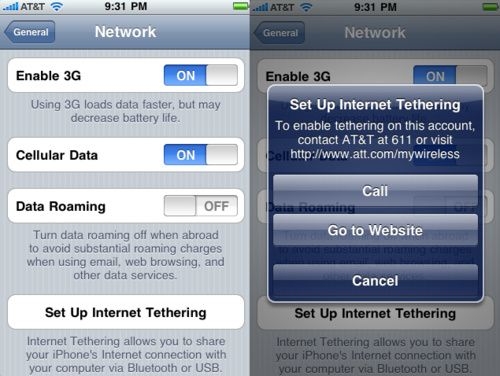 So you may have heard that the next version of the iPhone operating system will allow users to tether their phones to laptops and other computers, thus turning your phone into a sort of portable 3G modem. Sure, you’ll have to pay $20 per month to AT&T for the privilege, and the wireless carrier will make you stick to the same 2GB per month data transfer cap you would have if you weren’t tethering or paying an extra $20 per month. But leaving that all aside for a moment, it turns out there’s something you can’t do with an iPhone: Tether it to an iPad.

TechFlash and AppleInsider have confirmed that the limitation comes straight from the folks at Apple, not AT&T.

Of course, there is still one way to share your phone’s internet connection with an iPad — use a Google Android phone which will have a portable WiFi hotspot feature once Android 2.2 Froyo becomes more widely available.