Apple’s new iPhones are bigger, faster, and thinner than any phones the company’s launched to date. But the iPhone 6 and iPhone 6 Plus also have a few other new tricks including support for wireless payments using the new Apple Pay feature.

This lets you use your phone as a digital wallet and it allows you to pay for goods at over 200 thousand stores in the US simply by tapping your phone against a wireless payment system.

The new phones do this thanks to an NFC (Near Field Communication) chip. But unlike Android phones with NFC, the iPhone 6 and iPhone 6 Plus won’t be able to use the NFC chip to do anything but use Apple Pay. 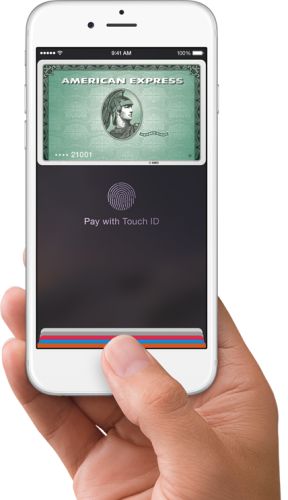 Cult of Mac reports that Apple hasn’t released any APIs that would allow developers to create apps that tap into NFC.

That means you won’t see third-party iOS apps for pairing Bluetooth speakers or headsets, sharing files between devices, or using NFC in other ways… at least not at launch.

It’s possible that Apple could eventually open up access to the NFC chip. When it launched its first iPhones with Touch ID fingerprint sensors there was no way for app developers to tap into it either. But now developers can create iOS 8 apps that use Touch ID.

Apple is releasing iOS 8 this week, which means the first Touch ID-enabled apps should be hitting the App Store soon.