Now that the iPhone 5 is available, people are getting ready to slap 5 rows of icons in the larger displays, make FaceTime video calls over cellular networks, and surf the web over 4G LTE.

But if you want to know how the new iPhone 5 does what it does, the folks at iFixit flew halfway around the world to get their hands on one of the first models so they could rip it apart and see what makes it tick. 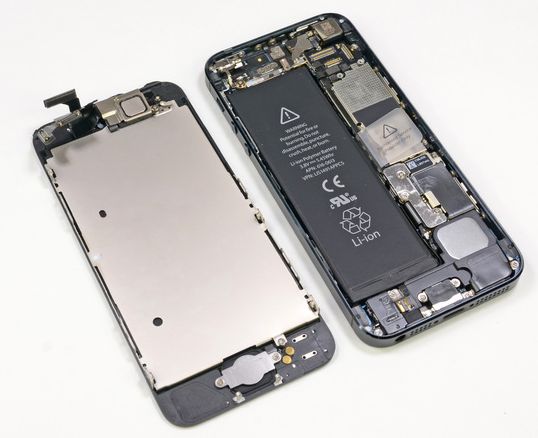 As you might guess from the name, iFixit is generally interested in finding out how easy or difficult it would be to repair broken parts — and the company gives the iPhone 5 a score of 7 out of 10 on their repairability scale.

On the one hand, it’s easy to pop out the display — which is the most likely thing to break. On the other hand, replacing it won’t be cheap, because the glass, digitizer, and LCD are all one piece, which means that even if it’s just the glass that’s cracked, you have to replace all three.

Another piece of good news is that the camera lens cover appears to be pretty scratch-resistant. But the edge of the phone can be scuffed up pretty easily.

The iFixit teardown also has close-up photos of all the chips, connecters, and other components. Despite earlier indications that the iPhone 5 would have Samsung memory, it appears to have Elpida RAM — or at least the model iFixit dissected did.

There are also three separate microphones, possibly with different mics for voice calls, FaceTime calls, and noise cancellation, among other things.

You can find more details about the iPhone 5’s hardware at iFixit.