Apple has unveiled what it’s calling the biggest change to iOS since the introduction of the iPhone. A developer preview of iOS 7 launches today, but the update should be available for the latest iPhone, iPod touch, and iPad models this fall.

The update brings an entirely new design, updated apps, a control center that you can open by swiping up from the bottom of the screen, and a card-style multitasking system that looks a lot like webOS. 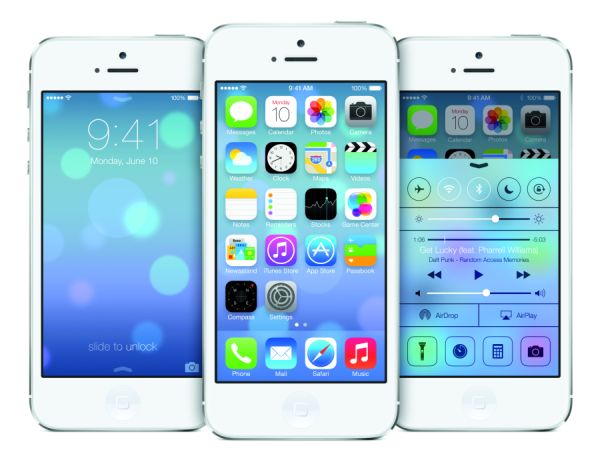 Apple has updated the typography throughout the operating system with simpler fonts that look more Helvetica-like. Icons, menu items, and status notifications are also all much flatter.

There’s also a new visual effect that changes the way the screen looks when you move the phone.

When you swipe up from the bottom of the screen, you get quick access to Apple’s new Control Center.

This lets you toggle WiFi, Bluetooth, screen rotation, or other features, adjust screen brightness, or access other settings quickly. 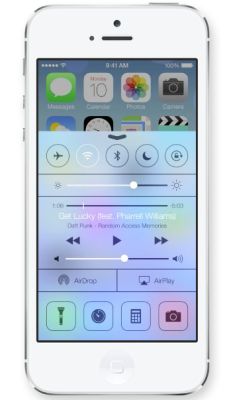 From this window you can also connect to AirPlay devices, control media playback, or tap icons for your flashlight, camera, or calculator apps.

Control Center is accessible from any screen — even the lock screen.

When you double-tap the Home button you can see a list of running apps. That’s been true for a while, but now you don’t just get a small tray with a list of icons. Instead you see small preview windows that show the actual apps.

You can close a running app by swiping it up until it’s off the screen. 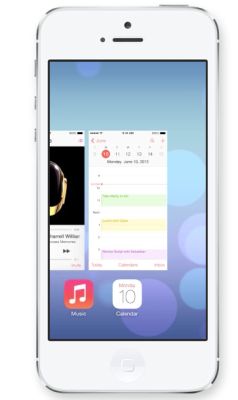 Apple says it’s also now enabling full multitasking support for all apps, thanks to improved power management which will keep background apps from draining your battery.

Have hundreds or even thousands of photos on your device? Then you know how hard it can be to sort through them to find the shot you want.

Apple now organizes photos into “Collections,” based on the time and location. You can then find shots from a specific year, a shorter time period, a place you visited, or other groupings.

Apple is making it easier to share photos, contacts, or other items with other users with just a few taps. Hit AirDrop and then you can transfer files or other data over WiFi or Bluetooth using an encrypted connection. 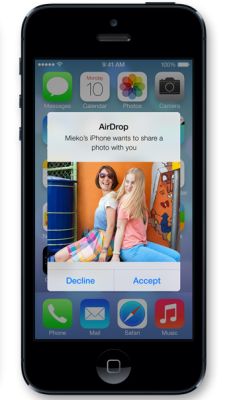 The new Safari browser for iOS lets you open more than 8 browser tabs, and organizes tabs in a stacked view (sort of like the phone version of Google Chrome) to make it easy to sort through open web pages.

The Siri voice assist app has been redesigned with a transparent background so it comes up over the top of whatever other apps (or home screen) you’re using.

It now offers male or female voices, and Apple says Siri answers questions more quickly and checks with more sources than it used to. You can also use it for more things, including returning phone calls or playing voicemail messages.

iOS in the Car

Apple is launching a new iOS in the Car service. If you have a compatible dashboard system in your car, you can sync your iPhone 5 with a system in you car and use the in-vehicle system as a display for Appel Maps, music playback, Siri, or other features. 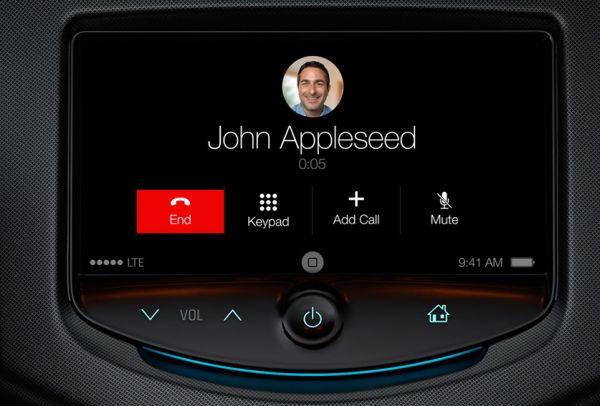 Other changes include making audio-only FaceTime calls, an updated camera app with native filters, and the ability to search the App Store for “apps near me” to find apps that are related to your current location.

14 replies on “iOS 7 coming this fall with new look, improved multitasking, and more”