The update also patched some of the exploits used by the latest jailbreak utilities — but it didn’t take long for the folks behind the evasi0n jailbreak tool to release their own update. You can yet again jailbreak an iPhone, iPod touch, or iPad running a pre-release version of iOS 7.1. 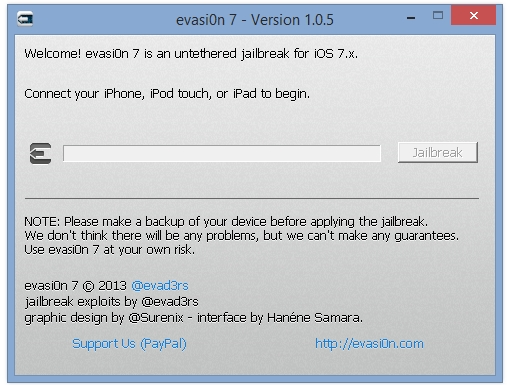 This is still beta software, and it’s still only (officially) available to developers. So there’s a chance that Apple could patch the latest exploit before releasing iOS 7.1 to the public. But I suspect Team Evad3rs wouldn’t have wasted their last unused exploit on a beta — odds are they’re saving something for the full release.

Jailbreaking an iOS device allows you to access files and settings that wouldn’t otherwise be available. This lets you do things that Apple doesn’t ordinarily permit, such as changing elements of the operating system such as the multitasking or notification systems, the keyboard, or default apps such as web browsers or media players.

Over the last few years iOS as a platform has matured, incorporating features that you once had to jailbreak to enable. For instance early versions of iOS had very limited support for multitasking or sharing their internet connection with laptops or other devices. Both of those features are now baked into the operating system. But there are still plenty of other reasons to jailbreak an iOS device.

One reply on “iOS 7.1 beta 5 released to devs, quickly jailbroken by Evad3rs”