Apple introduced Face ID with the iPhone X in 2017, allowing users to unlock the company’s flagship phones by looking at them… which is fine under normal circumstances, I guess. But all the fancy 3D face scanning tech in the world isn’t much use when your face is partially obscured by a mask.

So Apple is working on an update that will make it easier to unlock an iPhone when you’re wearing a mask… by letting you get to the passcode screen more quickly. What’s old is new again. 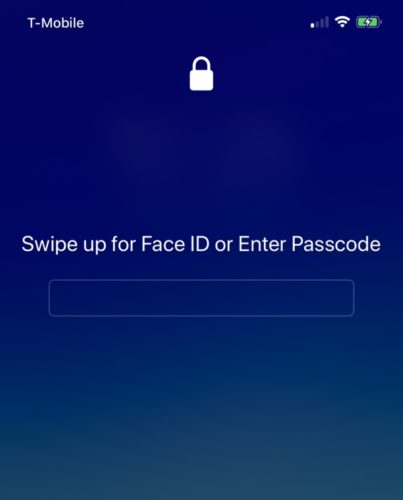 Several folks testing iOS 13.5 beta 3 noticed that there’s a new option that lets you swipe up from the bottom of the lock screen to get to the passcode screen so that you don’t have to wait for the phone to try to scan your face and then timeout before letting you just type in your password or PIN.

With government and health officials advising people in many parts of the world to wear a mask when outdoors or in public places, this update could save a lot of people a little bit of time… which adds up.

The feature will likely be available to the general public once iOS 13.5 exits beta in the coming weeks.

Of course, it wouldn’t be necessary if Apple didn’t remove features when adding new ones. The iPhone X wasn’t just the first Apple smartphone with support for face recognition. It was also the first model in recent years to lack a Touch ID fingerprint reader.

Maybe that’s one more reason the new iPhone SE seems like the right phone for this moment in time. Not only is it smaller and cheaper than most current-gen iPhones. It also has Touch ID rather than Face ID.

via CNBC and Gizmodo