Apple’s latest operating system for iPhones and iPads is just about here. The company released a developer beta of iOS 11 today. A public beta is coming later this month. And the first stable version of iOS 11 is coming to Apple devices this fall.

But there’s one new feature users have been asking for since the first version of iOS: a file browser. It’s not all good news though: iOS 11 is also dropping support for 32-bit apps, which means that you may not be able to run some older apps after upgrading. 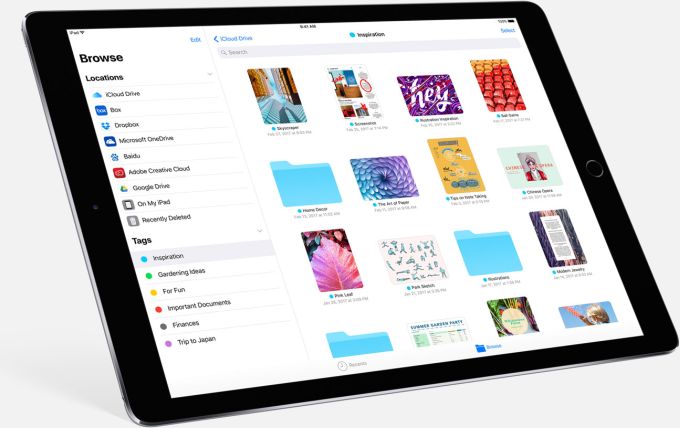 The new Files app provides a way to access file stored on your device as well as items you’re keeping in cloud storage services including iCloud Drive, Box, and Dropbox. Even Microsoft OneDrive can integrate with the new Files app.

You don’t get access to the underlying file system, or what Android users would call root. But you shouldn’t have to dig through a bunch of different apps to find documents, images, or other items stored on your device or online anymore. Everything will be available from a central place.

As for 32-bit software? Well, there’s a few things going on here. First, iOS 11 simply doesn’t run on devices with 32-bit processors. That means the iPhone 5 and iPhone 5c aren’t getting the update, and neither is the 4th-gen iPad. You’ll need something newer than those devices to run the operating system.

Theoretically Apple could have let you run 32-bit apps on 64-bit devices, which is a lot easier than doing things the other way around. But if you want to run a 32-bit app on iOS 11, you’re pretty much out of luck.

You can’t download them from the App Store. And if you try to sync them through iTunes, you just get a placeholder icon on your device.

At this point, there probably aren’t a lot of new apps being developed for iOS devices with 32-bit processors anyway. But if some of your favorite old apps haven’t been updated in a while, it looks like you might have to choose between keeping them and upgrading to iOS 11.

If this all sounds familiar, that’s because we started to see hints that Apple was going to phase out support for 32-bit iOS apps way back in February. But now it’s all-but-official.