The EOMA68 Libre Laptop is a notebook powered by a removable, upgradeable PC card. It’s the the latest iteration of a concept that developer Luke Kenneth Casson Leighton has been working on for the past five years.

But if all goes according to plan, you might actually be able to buy one this year.

Leighton is going to be delivering a presentation about the laptop, the EOMA68 CPU card, and the idea of upgradeable computers at FOSDEM this weekend, and spoke with me about the project from Brussels. 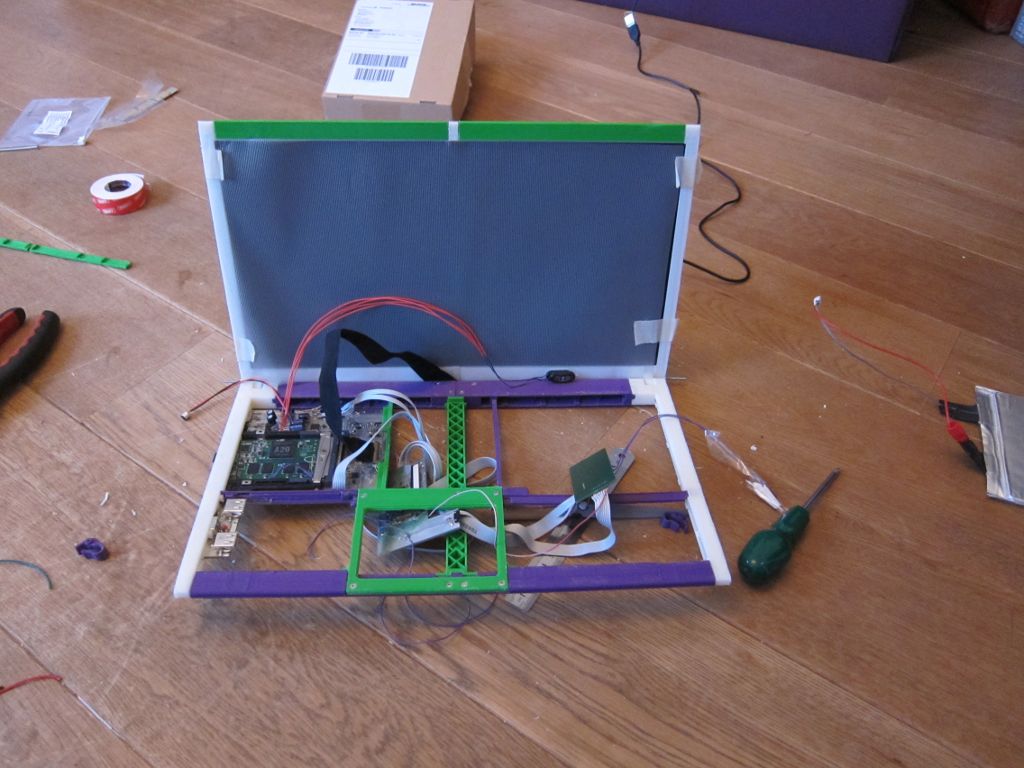 Ultimately, a shorter version of this interview is going to be featured in an upcoming podcast I’m working on (details coming soon!). But since FOSSDEM runs January 30th and 31st, I figured I’d share the raw, unedited version of the interview for folks that want to know more about Leighton’s vision for upgradeable computers.

Right now he’s working on a prototype that uses a PC card with an Allwinner A20 dual-core ARM Cortex-A7 processor. But future CPU cards could fit 64-bit ARM, MIPS, or Intel processors into the same form factor.

That form factor, by the way, is basically the same an old-fashioned PCMCIA laptop expansion card.

As for the laptop, it’s designed to be cheap and easy to build using a combination of off-the-shelf parts and 3D-printed materials. The goal is to take orders for a limited number through a crowdfunding campaign in early 2016 and ship the laptops to backers in the second half of the year.

Once the first EOMA68-compatible hardware is out there, Leighton envisions a future where an entire ecosystem is built around the platform. One day you might be able to walk into a store and just buy a new PC card that you can slap into your existing laptop, tablet, or desktop. Or you could use several different PC cards with the same hardware, allowing different people in the same household or office to share a computer by swapping out $50 PC cards or allowing you to switch between cards that are optimized for running different operating systems such as Windows, Ubuntu, or Android.

You can find some more details in Liliputing’s original article about the EOMA68 Libre Laptop, but if you want to go a little more in-depth, here’s my full interview with Luke Kenneth Casson Leighton: