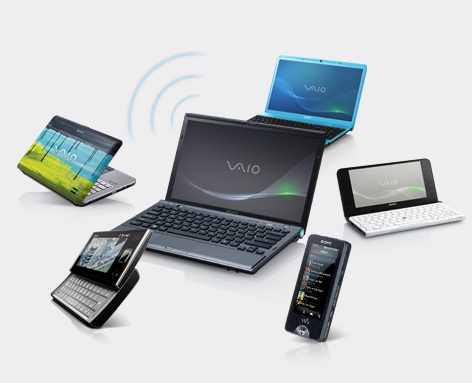 The MiFi mobile hotspot sort of changed the way a lot of people think about 3G mobile wireless service. Instead of purchasing a single computer with a 3G modem and a data plan that’s linked to that computer, you could always have signed up for a 3G USB stick that you can plug into multiple computers — one at a time. But the MiFi lets you pay for a single 3G data plan and share your wireless connection with several devices at the same time.

It turns out there’s nothing all that special about the hardware in a MiFi. You can pretty much do the same thing using all sorts of devices that can receive a 3G data signal and transmit a WiFi signal. Device and software makers just need to enable the feature, and a growing number seem to be doing just that.

You can turn a Palm Pre smartphone into a portable WiFi hotspot, and Verizon will even let you share your wireless internet connection using a Pre without paying any additional subscription charges.

Google Android 2.2 Froyo includes portable WiFi hotspot functionality, which could theoretically turn any Android phone into an access point — but it will be up to carriers to decide whether to enable this feature or charge extra for it. Right now, it works great on my Google Nexus One running a pre-release version of Froyo on T-Mobile’s network.

And now Sony has announced that it’s going to add a “Share My Connection” feature to its Vaio Z and Y series notebooks, allowing you to share your 3G data connection with up to 5 other devices over WiFi.

Clearly the service is only useful if you have a Sony laptop with a 3G modem and a data plan. Sharing your WiFi connection with other computers over WiFi isn’t going to do very much good — although I’m kind of curious to see if you might be able to share an Ethernet connection over WiFi. But right now Sony is officially saying that the feature is designed to work with Verizon Wireless service.

The Sony Vaio Z line of laptops have 13.1 inch display, Intel Core i7 processors, and pretty high price tags of $1900 and up. The Sony Vaio Y is a bit more affordable, starting at about $770 for a machine with an Intel Core 2 Duo CPU and 13.3 inch display.Both models should be available with verizon Wireless Mobile Broadband and the new “Share My Connection” feature starting June 20th.