The Internet Archive has a new software collection that includes thousands of games and programs designed for the Commodore 64 computers. And they’re playable in a web browser. 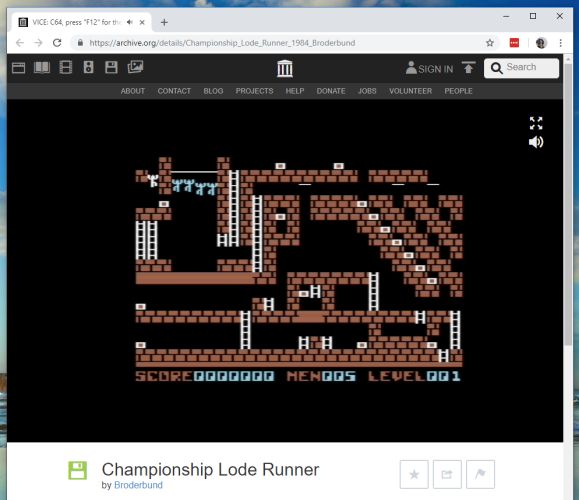 According to Jason Scott, all of the programs uploaded have been “tested for at least booting properly,” but you may find some that don’t actually run. And many C64 games were designed for joystick input — I’ve had a tough time finding games that work with a mouse and keyboard. Space Invaders works sometimes… other times it does not.

Anyway, it’s still a pretty cool project that makes use of VICE, a free and open source C64 emulator to let you  play games in a browser.

This isn’t the first such project the Internet Archive has been involved in: the site also hosts thousands of playable MS-DOS games for folks that don’t mind dying of dysentery, a collection of playable games and other software developer for early Apple Macintosh computers, and an Internet Arcade collection that uses MAME to let you play arcade games in a browser.

But with the C64 Mini retro game console launching in the US this week, it’s nice to have a cheaper (as in free) alternative. Or maybe you can take a few games for a spin in your browser before deciding whether you want to spend $80 on retro game console that will let you play some of those games on your TV with a classic-style joystick.

via HardOCP and slashdot