Intel’s Optane memory offers speeds that are almost as fast as what you’d expect from RAM. But unlike DRAM, Optane is non-volatile, which means that you won’t lose any data if you turn off your computer.

Earlier this month Intel launched the first Optane solid state drive. But that 375GB SSD is designed for enterprise use, and it has an enterprise-level price of $1520.

Now the company is getting ready to launch something a bit more accessible: solid state drives meant for use in consumer PCs, with prices starting at just $44. But you don’t get a lot of storage space for that price. 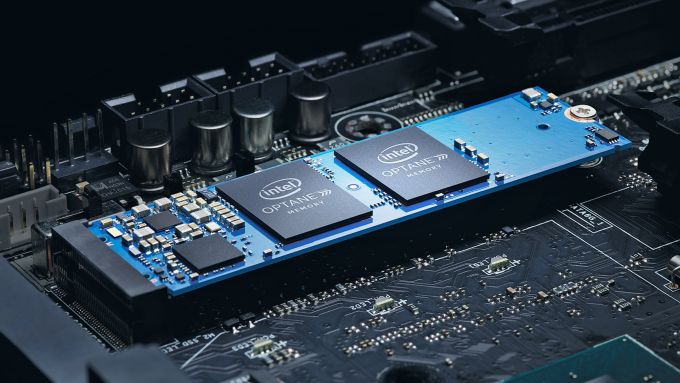 Both are M.2 PCIe 3.0 drives that use the 3D Xpoint technology Intel developed together with Micron. And both offer read and write speeds that far surpass what you’d typically expect from NAND flash, although the 32GB drive is faster than the 16GB module.

Odds are that most computer users will want more than 32GB of storage, but throw these SSDs into a system that already has a large hard drive and you get some of the best of both worlds: plenty of speedy storage for currently running applications, and plenty of storage for media, documents, and other files.

Intel doesn’t officially support installing Windows to an Optane drive yet. Instead the idea is to use these drives as cache storage. Intel Rapid Storage Technology will let your computer treat a hard drive and Optane drive as if they were a single drive… but use the faster drive for data caching purposes, which should speed up a lot of operations.

While you could also use an Optane SSD to boost performance of a NAND flash SSD, the difference won’t be as noticeable as when used with a hard drive, since SSDs already tend to be faster than HDDs.

Although performance will likely vary depending on a variety of conditions, Intel says its Optane memory could:

Eventually as Optane prices come down, we might eventually see computers with larger Optane disks that can be used as both storage and memory. But we’re not there just yet.

Hoping to speed up an old PC with a new Optane drive? Then you’ll probably need to buy a new motherboard and processor to go with it.

In order to be Optane-ready, a computer needs an Intel Kaby Lake chip, windows 10 64-bit software, an M.2 2280 slot with two or four PCIe data lanes, and a BIOS that supports the Rapid Storage Technology 15.5 drive. Intel has a list of compatible boards.

Computers that come with Optane memory pre-installed should begin shipping this summer.

Intel says the first Optane modules are designed for desktops, but notebook-friendly versions should be “available at a later date.”