Intel doesn’t really talk about “ultrabooks” anymore… but that’s because the company doesn’t have to. The chip maker introduced a set of specifications for thin and light laptops in 2011 and in the years since then thin-and-light has become the rule rather than the exception.

Now Intel is hoping to do it again, but this time the emphasis isn’t on size and weight, it’s on performance and connectivity.

Intel’s new Project Athena is a program to create a new class of laptops with long battery life, responsive performance, and next-gen technologies including 5G.

One of the most interesting things about Project Athena? It’s not Windows-only. Intel says the first Project Athena laptops should hit the streets in the second half of 2019, and they’ll include Windows and Chrome OS devices. 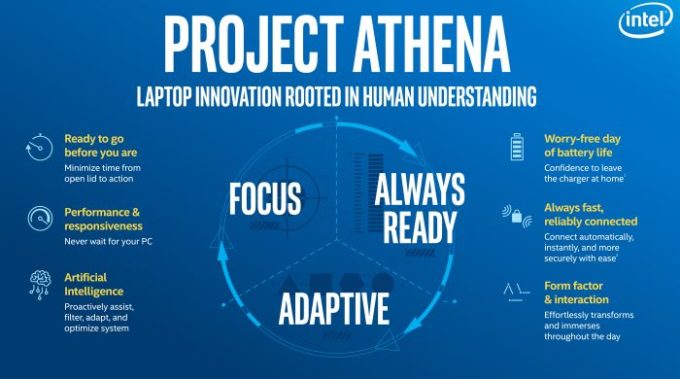 Intel hasn’t really provided many details about the program yet, but there are a few things we do know. First, a lot of tech companies have already signed on, including most major PC makers and a few key OEMs. 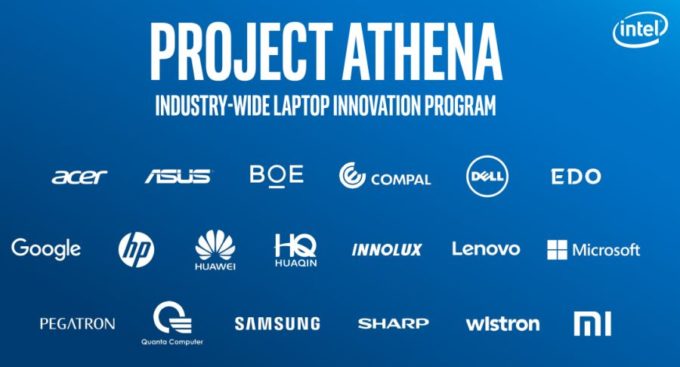 Second, the company has released an infographic (shown above) with a few details of what you can expect from a Project Athena computer. It looks like we can expect all-day battery life, always-connected capabilities (with cellular connectivity), artificial intelligence, and the ability to transform depending on usage (so we can expect 2-in-1 tablets, among other things).

According to PC Magazine, Intel is doing pretty much what it did with ultrabooks, and recommending guidelines at it thinks will offer the best experience for this new category of devices. For example, tech companies have been prioritizing thinness in recent years, and Intel is all about that… but the company reportedly doesn’t want to go too thin, because that could come at the cost of battery life. So don’t expect to see fanless Project Athena devices that are thinner than 9mm or laptops with fans that are less than 15mm.

3 replies on “Intel’s Project Athena is a platform for always-on, always-connected PCs of the future”