Intel has been showing off a small form-factor PC called the Next Unit of Computing, or NUC for months. It’s a little desktop computer with an Intel Core i3 Ivy Bridge processor and Intel HD 4000 graphics.

Now the NUC is almost ready to ship. AnandTech reports it should hit online retailers including Amazon and Newegg in early December, with prices starting at around $300. 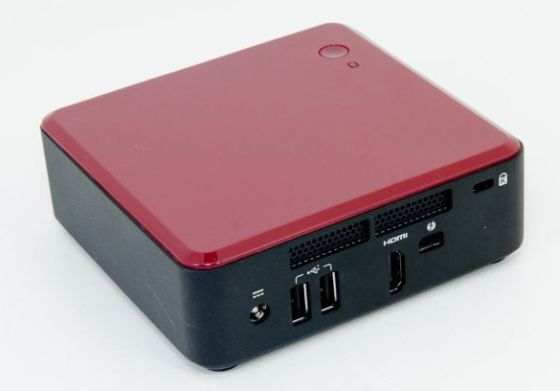 At that price you basically get a barebones computer which includes a case, motherboard, processor, and not much else. You’ll have to add your own memory, storage, and operating system. Even the power cable is sold separately.

There will two different models. One features 2 HDMI ports and Gigabit Ethernet, while the other has just one HDMI port and no Ethernet jack… but it does have a Thunderbolt port.

While the NUC looks a lot like a nettop, it’s powered by an Intel Core i3-3217U Ivy Bridge processor.

AnandTech found that the computer performs reasonably well for a small-form factor computer with 17W processor. The Core i3-3217U CPU isn’t nearly as fast as some of Intel’s other recent chips… but it can run circles around the company’s netbook-class Atom processors, which is what we’ve often seen in computers of this size over the past few years.