The Intel NUC line of computers are often associated with the small form-factor desktops that have been sold under that brand for much of the past decade. But NUC actually stands for “Next Unit of Computing” and represents Intel’s version of next-gen PC technology.

So maybe we shouldn’t be surprised that the company’s upcoming NUC 13 Extreme will be the largest Intel NUC-branded desktop to date. After all, there’s a good reason for the company to launch a bigger model for folks looking to build a gaming or workstation-class PC. 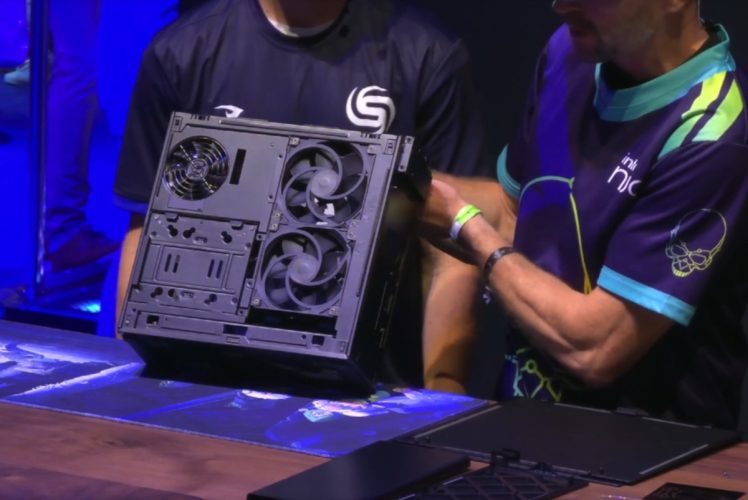 That reason is that the NUC 13 Extreme (also known by the code-name “Raptor Canyon,”) will be able to support larger desktop graphics cards including cards that use up to 3 PCIe slots. And you know who just started selling graphics cards? Intel.

With a 13.9 liter chassis, the upcoming Raptor Canyon NUC is nearly twice as large as the current-gen “Dragon Canyon” NUC 12 Extreme, which has a volume of 8 liters. But it’s arguably a better showcase for the hardware Intel really wants to highlight in the coming year: not only will the Raptor Canyon NUC be powered by a removable NUC 13 Computer Element with a Raptor Lake processor, but it’ll support the most powerful Intel Arc graphics cards, as well as the latest NVIDIA or AMD GPUs.

Intel hasn’t announced pricing or availability details for the Raptor Canyon NUC yet, but the company did show off a prototype in a recent Twitch stream. \