As expected, Intel has announced that it’s now shipping low-power Celeron and Pentium processors based on “Braswell” architecture. These chips replace the Bay Trail-M chips that have been popular in low-cost Chromebooks and Windows laptops for the past year or two. Braswell chips could be used in other notebooks, 2-in-1 devices, and small, low-power desktops.

The new chips are all 14nm, 64-bit processors that support up to 8GB of RAM and feature Intel HD graphics.

The Celeron N3150 and Pentium N3700 are 6 watt, quad-core processors that should offer all-around better performance.

Now that the chips are shipping, we’re starting to see products based on the platform: MSI has already unveiled 3 new Mini-ITX ECO motherboards using the Celeron N3050, Celeron N3150, and Pentium N3700 chips.

Meanwhile, as UMPC Portal points out, Intel is also introducing a reference design for a 2-in-1 Braswell tablet/laptop called “Orchid Island.” 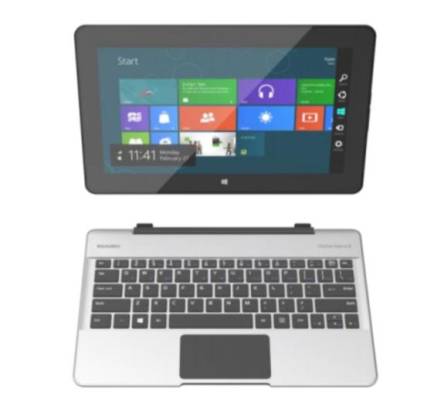 Intel says all of these chips should offer up to twice the graphics performance of the Bay Trail processors they replace. That should help them handle high-definition video playback as well as some modest gaming.

The new processors also generally use a little less power than their Bay Trail counterparts… but don’t expect that to translate into huge battery life improvements. The difference between a 6 watt and a 7.5 watt processor isn’t really enough to matter very much. Dimming the screen on your laptop a little bit will probably have a bigger impact on battery life than moving from a Bay Trail-M to a Braswell chip.

via UMPC Portal and Tom’s Hardware