Intel plans to launch the first processors based on its 14nm “Broadwell” architecture before the end of 2014. The first Broadwell chips will be part of the Intel Core M processor family and they’ll be aimed at mobile devices including tablets and notebooks.

Next year we should see a wider range of chips for notebooks, desktops, and other devices. But Intel is focusing first and foremost on the mobile space — which makes sense. Broadwell chips should offer better performance while using less power than today’s Haswell processors, which could make them good choices for thin and light computers.

These are premium chips though: don’t expect a Broadwell processor to show up in a $200 tablet anytime soon. That’s a space that will continue to be dominated by ARM and Intel Atom chips. 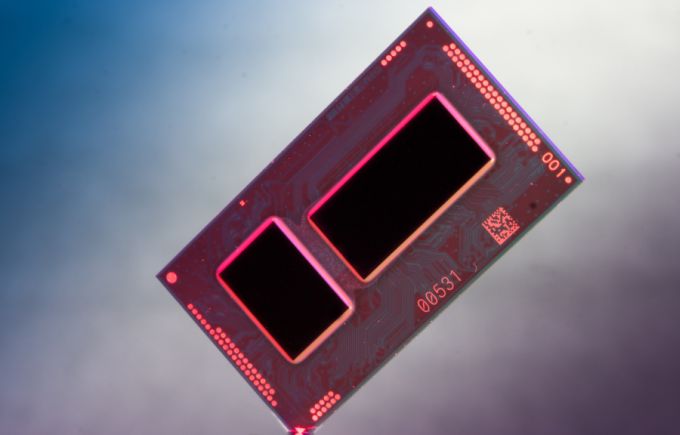 Intel has shared some details about the upcoming Broadwell chips on its website, but for some seriously detailed analysis, check out articles from AnandTech and Ars Technica.

We should see big boosts in Intel QuickSync and Video Quality Engine performance, among other things and there will be initial support for hardware-decoding of H.265 video.

Intel’s new technology could also make it possible for chips to run at higher speeds without using more power — which means that you could eventually see more than a 5 percent boost in CPU performance in real-world applications. At launch though, Intel is hoping to get its Core M chips into small, low-power, devices such as fanless 2-in-1 tablet/notebok systems which measure as little as a third of an inch thick.

The chip maker hasn’t provided clock speeds, TDP values, or some other important details for its Core M processors yet. But with the first chips set to launch by year’s end, it won’t be long before the picture is complete. 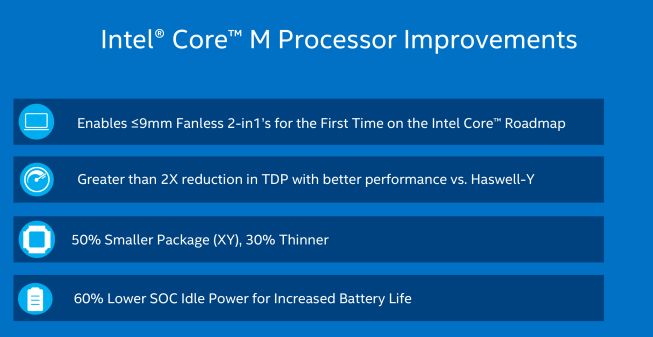