Intel is finally getting ready to launch its first chips manufactured on a 10nm process. The company had planned to move to 10nm in 2016, but a series of setbacks have prevented that from happening.

That led to Intel basically blowing up its usual “tick tock” release schedule and sticking with 14nm for the past four chip generations, although each new model has had some enhancements and optimizations.

But as 2017 draws to a close, Intel CEO Brian Krzanich says the company is “on track to ship our first low-volume 10-nanometer part by the end of the year.” 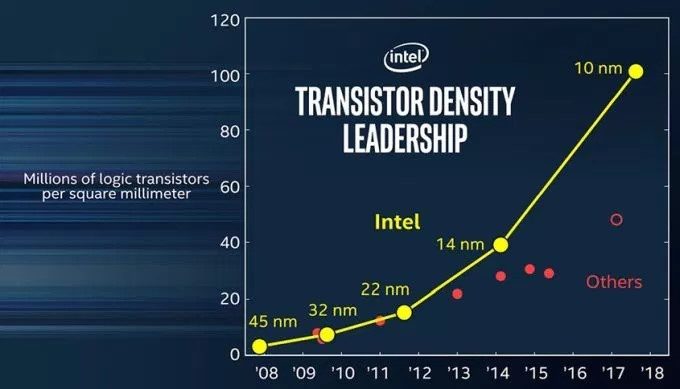 Speaking during the company’s most recent earnings call, Krzanich said Intel plans to ramp up production in the first half of 2018, with “high volume and system availability in the second half of 2018.

In other words, the first 10nm chips from Intel are coming this year. But the processors, which are code-named “Cannon Lake,” will only be available in limited quantities and you may have to wait until mid-2018 at the soonest to walk into a store and by a PC powered by one of the new processors.

Oddly, Intel is expected to brand the chips as part of the 8th-gen Intel Core processor family, which already includes 14nm Kaby Lake Refresh chips for laptops and Coffee Lake processors for desktops.

It’s going to get even tougher to tell one Intel chip apart from another just by glancing at the name. There are usually clues in the model number, but you kind of need a decoder ring to decipher all the numbers and letters.

I suspect folks who pay attention to this kind of thing will just continue referring to the new chip as Kaby Lake R, Coffee Lake, and Cannon Lake rather than lumping them together under the clunky phrase “8th gen Intel Core.”

via AnandTech and Golem.de