A few months after launching the first 12th-gen Intel Core desktop processors based on Alder Lake architecture, Intel is introducing its first Alder Lake mobile chips. And there are an awful lot of them.

Intel is launching 28 new mobile processors as part of the 12th-gen Intel Core mobile lineup. They range from 9-watt chips for thin and light laptops to 45-watt processors for high-performance gaming notebooks and mobile workstations, but they all feature Intel’s latest technologies including hybrid architecture that combines high-performance and energy-efficient CPU cores on a single chip. 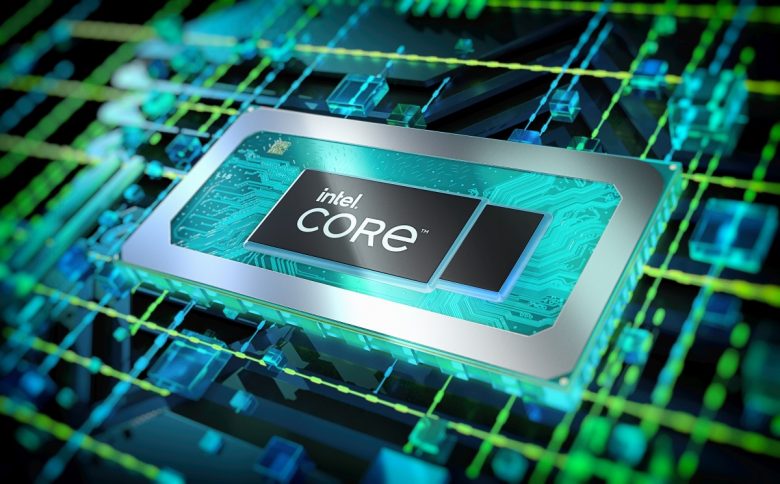 Basically Intel’s new chips are taking a page out of ARM’s big.LITTLE playbook and smooshing together two different types of CPU core on the same chip. This allows a PC to rely on the more energy efficient CPU cores for power savings, but the high-performance chips kick in when they’re needed. Some tasks will also leverage all available CPU cores, so the fact that Intel’s  new chips all have more CPU cores than their predecessors could lead to significant performance gains as well as efficiency gains.

Intel’s Performance cores are basically the next-gen CPU cores that you might have expected from the Intel Core line of processors, while the Efficient cores are the latest version of the company’s Atom chips designed for low-power computing. One feature that these Atom-based chips generally lack is support for hyperthreading, which is why most of Intel’s new chips have unbalanced core/thread counts: while previous-gen Core processors used to have twice as many threads as cores, now we see things like 14-core, 20-thread chips or 5-core, 6 thread processors.

Putting Performance and Efficient cores together on a single processor is designed to offer the best of both worlds, and that approach seems to have paid off for Intel’s 12th-gen desktop processors. Soon we’ll see if the same can be said for Intel’s mobile processors.

Designed for high-performance laptops and mini-desktop computer, Intel’s new Alder Lake-H processors support up to 6 Performance cores and 8 Efficient cores, for a total of up to 14 cores, 20 threads, and CPU frequencies of up to 5 GHz. 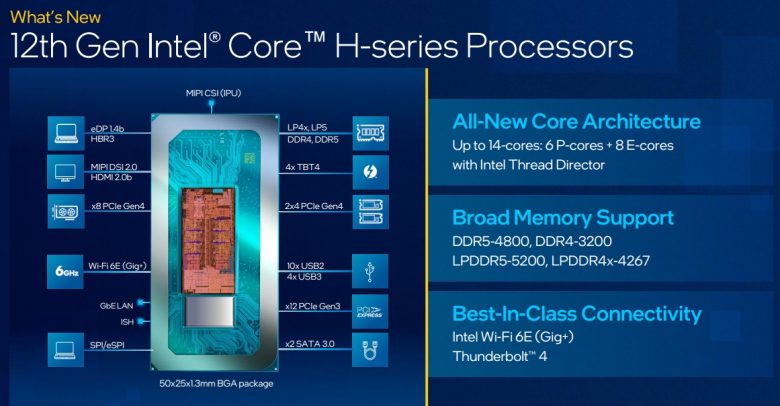 Intel is moving away from using TDP to describe power consumption, and instead gives more realistic, more useful numbers letting us know that these chips have a base power consumption of 45 watts, but they can use up to 115 watts when running their max turbo speeds.

Intel says when you compare a laptop with its new flagship Core i9-12900HK processor to one with the previous-gen Core i9-11980HK, you can expect up to 28% faster gaming performance and up to a 40% improvement in other tests.

Intel is also adding a new P-Series to its lineup. Sitting in between the high-performance H-Series and the more energy-efficient U-Series, these chips use between 28 and 64 watts of power, making them a better fit for thin and light systems than the Alder Lake-H, while offering higher CPU and graphics clock speeds than you’d get from Alder Lake-U. 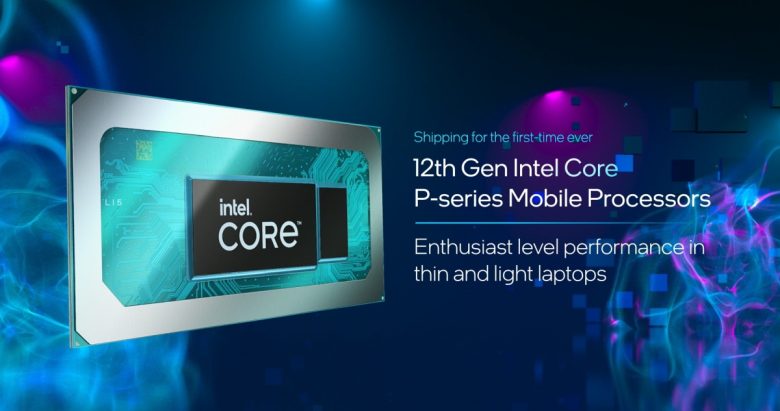 Here are specs for the inaugural P-Series processor lineup:

This is Intel’s mainstream line of chips for thin and light laptops. With power consumption in the 15 to 55 watt range, these new processors also support up to 1.25 GHz Intel Iris Xe graphics with 96 execution units which should enable some lightweight gaming or graphic design without a discrete GPU.

For a few years Intel offered low-power Core series processors with TDPs in the 4-5 watt range and while chips like the Intel Core m3-8100Y offered better performance than you would have gotten from a similarly low-power Atom processor, they were still rather underwhelming when compared with their 15-watt siblings.

That changed last year when Intel’s 11th-gen U-Series processor lineup included 7-15W chips like the Core i5-1130G7 and 15-28W chips like the Core i5-1135G7. When I got a chance to review a laptop with one of the lower-power chips, I was pleasantly surprised to find that it punched well above its weight class, with little noticeable difference in performance from a system with the higher-power chip.

Anyway, it looks like Intel is continuing down that road this year. Instead of updating its Core M-Series processor lineup, the company is introducing new 9-29W Core U-Series chips with up to 10 CPU cores and 12 threads. Like the 15-55Wchips, these chips combine 2 Performance cores with up to 8 Efficient cores. The key differences are lower base CPU frequencies and lower GPU frequencies.