Over the years, chip makers have moved to smaller and smaller processor nodes in an effort to fit more transistors into a smaller space to improve performance and efficiency. But different manufacturers use different technologies, so what one chip maker calls a 7nm processor may not have the same characteristics as a competitor’s.

Now Intel has announced plans to move away from using nanometers to describe its next-generation chips. The company’s upcoming Alder Lake chips will still be manufactured using on a 10nm node, but when they arrive later this year, they’ll be branded as Intel 7. And in 2022 when Intel “Meteor Lake” chips launch, they’ll be built on a 7nm node, but they’ll be known as Intel 4. 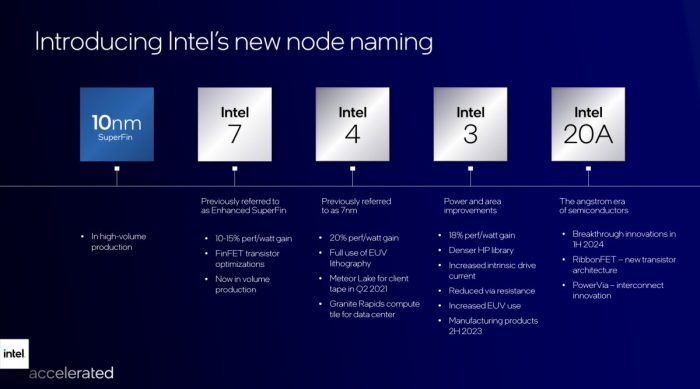 This move makes sense since the number is almost as meaningless as megahertz these days. But it also means that Intel, which is still making 10nm chips, doesn’t look as far behind AMD (7nm) and Apple (5nm).

Intel says some of the architecture changes coming in the next few years will bring higher levels of improvements than the move to a new processor node. For example, after Intel 4 comes Intel 3, which the company says will bring an 18% improvement in performance-per-watt compared with its predecessor, along with other changes including a denser, high performance library and increased use of EUV (Extreme ultraviolet lithography) technology. 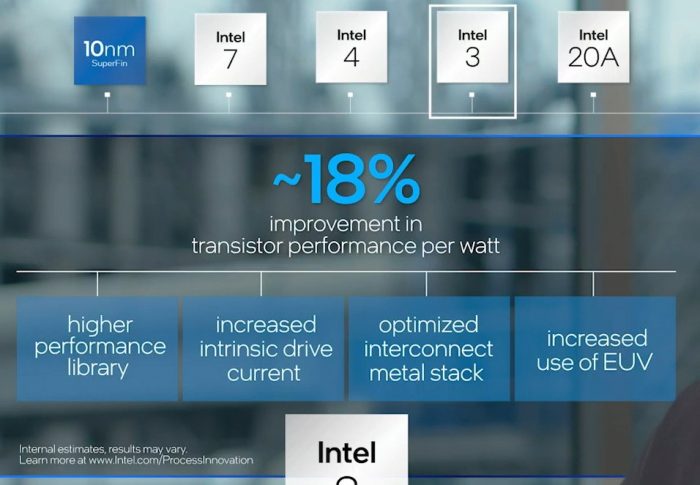 Next up is will be Intel 20A, which is expected to come in 2024. It will introduce an entirely new transistor architecture that Intel called RibbonFet (replacing FinFET) and a new power system called PowerVia that uses the back of the chip for power routing, reducing noise in power delivery and freeing up resources on the front of the chip.

Intel is also already working on Intel 18A which is scheduled to launch in 2025, but the company isn’t providing many details about that yet.

But that’s all long-term stuff. In the short term, Intel says that the first Alder Lake/Intel 7 chips for mainstream computers will ship later this year, bringing a 10% to 15% improvement in performance-per-watt over 11th-gen “Tiger Lake” chips thanks to the use of Intel’s new “Enhanced SuperFin” manufacturing. 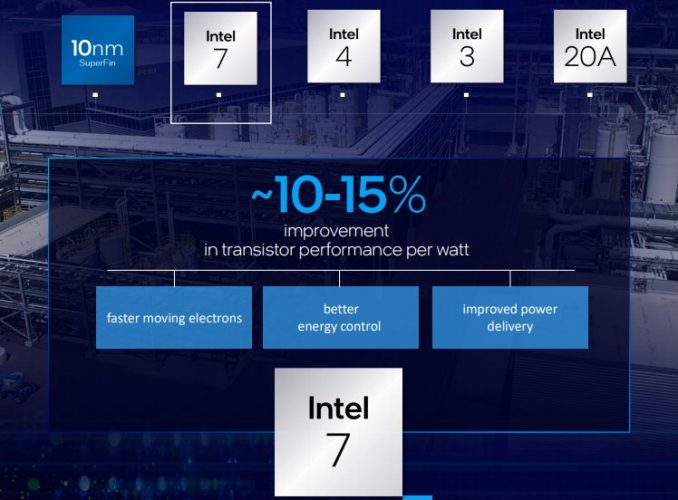 In addition to designing and building its own chips, though, Intel’s long-term plans also include ramping up its contract manufacturing, and the company will make its new technologies available to rival chip designers.

Qualcomm has already announced plans to manufacture chips using Intel’s 20A technology. Amazon is also planning to use Intel Foundry Services to package upcoming chips. And Intel says it’s in talks with other semiconductor companies as well. 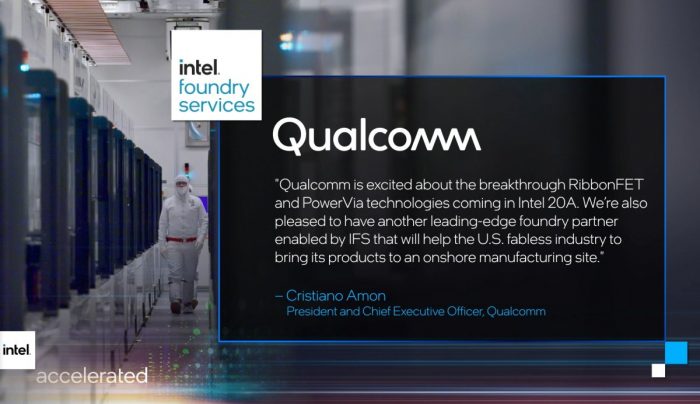 For a more in-depth look at Intel’s roadmap and what it could mean, I highly recommend checking out AnandTech’s deep dive.