Intel’s next-gen chips for laptops, tablets, and convertibles are on their way, and the company says you can expect “double-digit” performance gains… even though the new processors are still part of the company’s 8th-gen Core lineup and still manufactured using a 14nm process.

While we didn’t learn a lot about the new Amber Lake-Y and Whiskey Lake-U series chips during Intel’s keynote today, I suppose it’s nice to know that Intel has something planned for mobile… especially as the company faces growing competition in the space from AMD and Qualcomm. 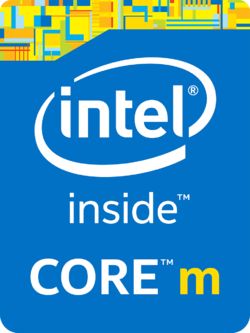 Intel’s Whiskey Lake-U processors will replace the current Kaby Lake Refresh processors as the company’s primary chip for low-power laptops. We can probably expect these new chips to be 15 watt quad-core processors, like their predecessors.

Intel’s Y-series chips are typically aimed at thin, light, and often fanless computers. That can mean anything from tablets to PC sticks to handheld gaming computers.

While Intel isn’t providing specifics about the new chips yet, the company says there we can expect to see as many as 140 different devices featuring the new chips this fall.