Intel is introducing a new reference design for a 7 inch tablet that can be used in a classroom setting. It’s called the StudyBook, and Intel will offer it as part of its Learning Series platform.

The chip maker already offers designs for netbooks and convertible tablets under the Classmate PC name. Intel works with regional manufacturers, distributors, schools, and governments to make the devices available in educational settings around the globe — and there are currently 7 million students using Classmate PCs. 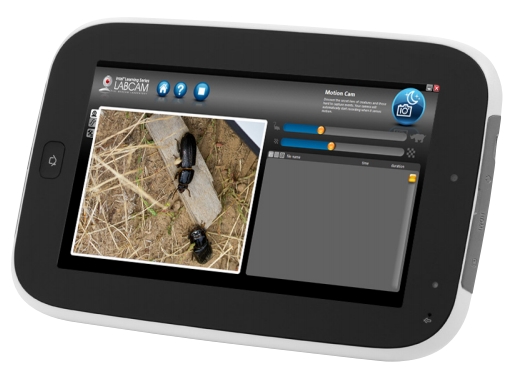 Intel doesn’t expect the StudyBook to replace the Classmate platform. Instead, it offers a more portable, affordable experience. Intel doesn’t set the pricing itself, since it’s not actually selling the hardware, but the company expects StudyBooks to sell for as little as $200 when they start to ship this summer.

The StudyBook will be available with Either Google Android 3.x Honeycomb or Windows 7, with anywhere from 4GB to 32GB of storage space. It will be up to customers and regional manufacturers to decide which specifications to use, but the $200 models will likely be Android models.

Here’s what all of the StudyBook models should have in common:

Clearly the StudyBook isn’t going to win any titles for thinnest or lightest tablet. But it’s designed to be able to withstand the abuse that kids can throw at a portable computer — and it’s still going to be less heavy to lug around in a backpack than a 10 inch Classmate PC.

Intel has also developed educational software for the tablet including a Windows app that lets you attach a lens to the camera and use it as a microscope and an Android-powered eBook reader with support for interactive content. 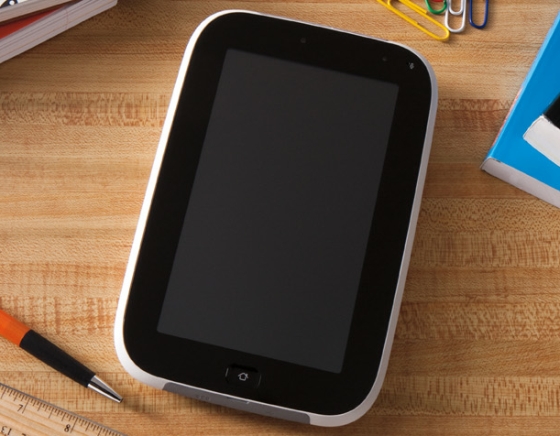 Instead, that’s something Intel is thinking about including in future 10 inch tablets… but there’s no word on when we might see those devices.

If you’re wondering why Intel is introducing tablets with 1024 x 600 pixel displays when Windows 8 will run best on devices with 1366 x 768 pixel or higher resolution displays, it’s because these tablets are expected to launch at least a few months before Windows 8 is available.

I wouldn’t be surprised if we saw models with newer processors and higher resolution displays later this year… but that’s just a guess.

What I do know is that Intel doesn’t think a Windows or Android slate is the best solution for everyone. The company will still offer Classmate PC models with keyboards… and Intel’s partners may decide to offer keyboards that will work with the StudyBook, although that doesn’t appear to be part of the reference design at this point.

While the StudyBook is designed for use in the classroom, the companies partnering with Intel to build and distribute the tablets may decide to offer them directly to consumers. It’s been known to happen in the past.