Intel’s new top-of-the-line desktops for high-performance desktop computers are official. As expected, the new Kaby Lake-X and Skylake-X series chips come in a range of configurations, including quad-core chips at the low end and processors with up to 18 CPU cores at the top end.

In fact, the Intel Core i9 Extreme Edition is the first ever consumer-oriented desktop processor with 18 CPU cores and 36 threads… although it just barely edges out AMD’s new 16-core/32 thread Ryzen “Threadripper” in terms of core count.

Oh yeah, the Core i9 name is also new. 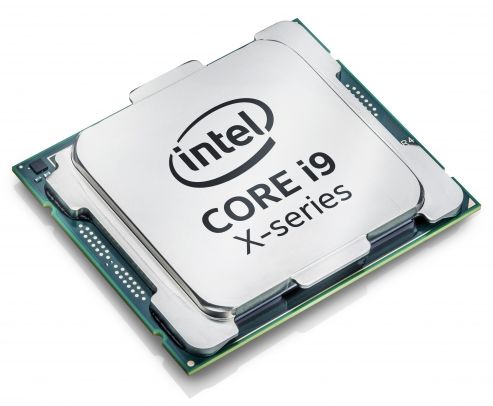 Keep in mind that the X-Series chips are high-performance, high-power processors with TDPs between 112 and 140 watts (or possibly higher for upcoming models). These aren’t going to show up in laptops anytime soon. But I wouldn’t be surprised to see the Core i9 name work its way down the food chain eventually to cover mobile chips.

The X-series chips supports up to 4 channels of DDR4-2666 memory and feature support for Intel Optane memory. And the chips are unlocked and overclockable. 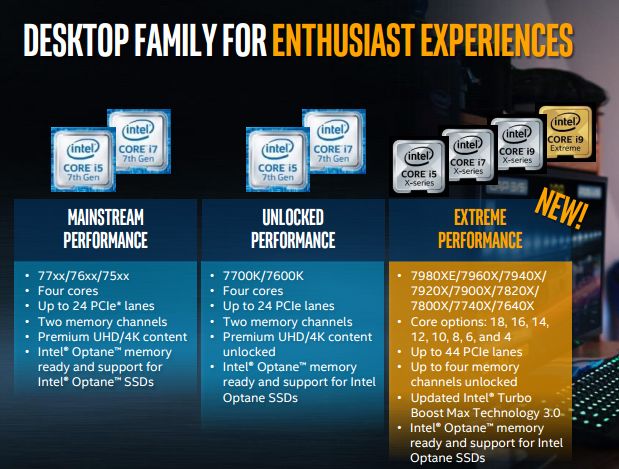 While Intel is unveiling chips with up to 18 CPU cores, you’ll have to wait a little while to get your hands on anything with 12 cores or more. They’re listed as “coming soon,” while quad-core, hexa-core, octa-core, and deca-core options are launching first with suggested prices of $242 to $999 (when you buy 1000 units… those prices are really aimed at system builders, not end users).