Technically, most desktop PCs are modular — you can open the case and replace memory and storage, add a graphics card, maybe replace the processor, and swap out various other components.

But Intel is showing a new platform that would make it even easier to swap out parts. Sort of.

AnandTech reports that Intel unveiled a new platform that’s currently just called “The Element” at an event in London. 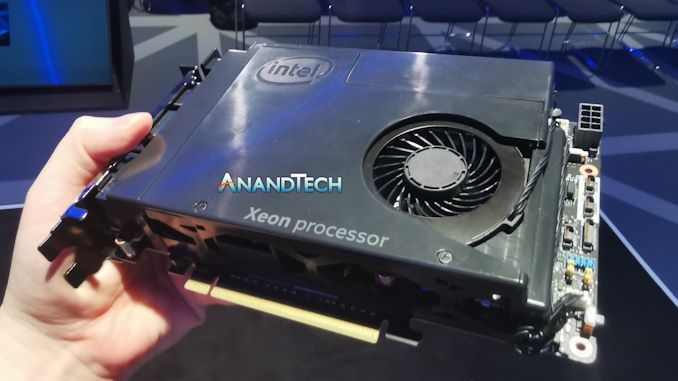 Here’s the basic idea: customers would buy a backplane with PCIe slots and slide in the components they want to use.

One of those components would basically be a computer-on-a PCIe card that features the processor, memory, storage, and even a cooling fan.

But you could also add a graphics card, additional storage, or other hardware to the board by adding separate PCIe cards. And if you want to upgrade the memory or storage, you could open up the “element” card to get at its insides… although to replace the processor you’d probably need to buy a whole new module.

What benefits are there when compared with a traditional desktop or server? Basically you could buy a chassis and backplane once and swap out components on an as-needed basis. Keep your case and/or backplane indefinitely, but buy a new module every few years. It might or might not be cheaper than buying a whole new computer. It’s probably at least a little more convenient.

This whole project, which comes from the same folks at Intel who are responsible for the NUC line of mini computers and the Intel Compute Card (RIP), is still a work in progress at this point, and there are plenty of details to be finalized — like what this thing will actually be called.

But Intel Intel seems to be targeting the enterprise space initially, with the first real-world hardware shipping to OEMs in the first quarter of 2020. According to AnandTech the platform could expand to the consumer space sometime after that.