Apple’s Continuity software lets you use an iPhone and Mac together. Google offers something similar (if a little less versatile) for folks who use a Chromebook and an Android phone. Since those companies make the operating systems for both computers and phones, it makes sense that they can offer tight integration.

Trying to do the same thing on Windows PCs is a bit messier. Companies have been trying for years to offer third-party solutions for using an iPhone or Android phone with a Windows PC, but none have really gained much traction. Now Intel is taking a crack with the launch of its Intel Unison platform. 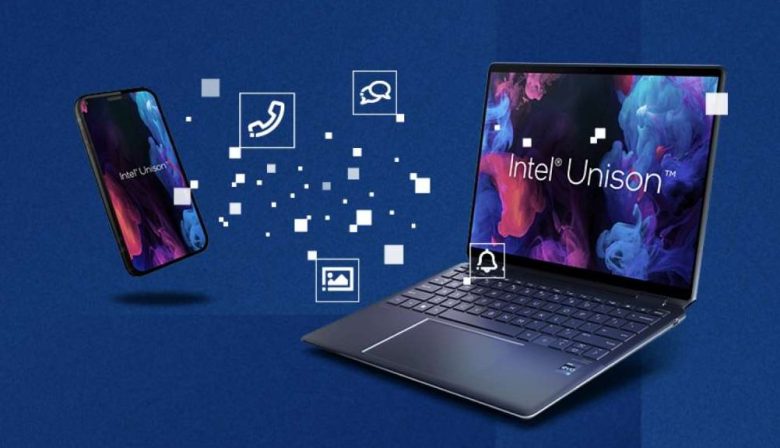 In a nutshell, Unison is software designed to bring your phone and PC together. Once paired, you’ll be able to view notifications from your phone on your PC. Photos you snap on your phone will show up in the Unison gallery on your PC. And you can drag and drop photos, documents, or other files between devices to transfer them wirelessly. You’ll even be able to send text messages from a PC while using your laptop keyboard, or take phone calls using your PC mic and speakers (or headphones).

If that all sounds pretty similar to Microsoft’s Phone Link or any number of solutions we’ve seen from PC makers over the years… it is. But it’s also a little different.

First, Unison will be bundled with Intel Evo-certified laptops featuring 13th-gen or later mobile processors (although a few models with 12th-gen chips may also support the feature).

Second, Intel says that the software supports Android or iOS. That’s not unique to Unison, but it is something that not every third-party solution supports.

A third difference is one of the most significant ones though: Unison leverages multiple wireless connections including Bluetooth, WiFi, 5G, or even cloud connections. If both of your devices are connected to the same network, for example, then Unison will use that network to handle communications between your phone and PC. But if, say, you’re in a coffee shop and your laptop is connected to the shop’s WiFi while your phone is connected to a cellular network, then Unison can use a cloud-based connection to keep your devices in sync even when they’re not using the same network. In some cases, it’ll also use Bluetooth for peer-to-peer communications.

Intel says that while Unison will only be available on Evo-certified devices at launch, eventually the software should be available for any computer with a supported processor. Starting with Evo limits the number of hardware configurations the company has to test against. But the company has no plans to backport Unison to work with anything older than 12th-gen chips, so this is a feature you’re more likely to see coming to current and next-gen laptops rather than older models.

Whether Unison is a feature that will truly work better (or gain more traction) than other all the other attempts to bridge the gap between PC and mobile remains to be seen. But I suppose if it does take off, it could be one more thing to help set laptops with Intel chips apart from models sporting AMD or Qualcomm processors… until those companies inevitably come up with their own competing solutions.

If you want to give it a try, the Intel Unison app for Windows is now available from the Microsoft Store, while the Android and iOS apps are available from the Google Play Store and App Store, respectively. Officially only certain PCs are supported, but some folks have already found that it works on some systems that aren’t on that list.