Intel is making it easier for Windows 10 users to download the chip maker’s latest graphics drivers quickly, by separating them from the OEM customizations made by PC makers.

PC makers like Acer, Asus, Dell, HP, and Lenovo often release custom versions of Intel’s drivers meant to deal with platform-specific issues. So overwriting those customizations could result in graphics glitches on some computers.

But starting with version 26.20.100.8141 for Windows 10 of Intel’s generic graphics driver for Windows, the Intel updates are isolated from OEM customizations — which means you can update the driver without waiting for your PC maker to incorporate the update. 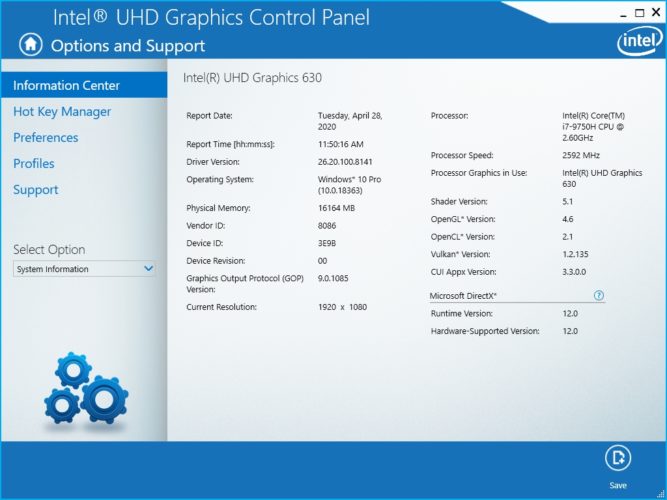 Updating the drivers is as simple as downloading and installing an .exe file from Intel’s website and rebooting your PC. But there are a few requirements:

Other changes in Intel’s 26.20.100.8141 graphics driver include support for playing Gears Tactics and XCOM: Chimera Squad on computers with Intel Iris Plus or better graphics as well as a pre-production release of the OneAPI Level Zero Runtime.