Intel is bringing a couple of interesting prototypes to the International Solid State Circuits Conference this week, including new processors with integrated WiFi capabilities and a low-power chip that can be powered by a solar cell. 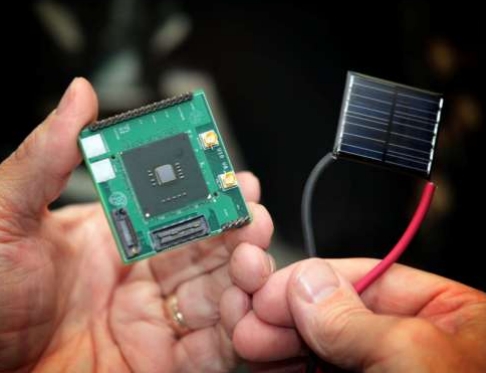 Both chips are just experimental prototypes at the moment, but they could provide a glimpse at where Intel is headed as the company takes aim at low-power processors based on ARM architecture.

The solar powered chip is a processor that can run at speeds between 3 MHz and 1 GHz, using between 280 millivolts and 1.2 volts. The same low voltage techniques could find their way into graphics processors, memory, and other PC components. 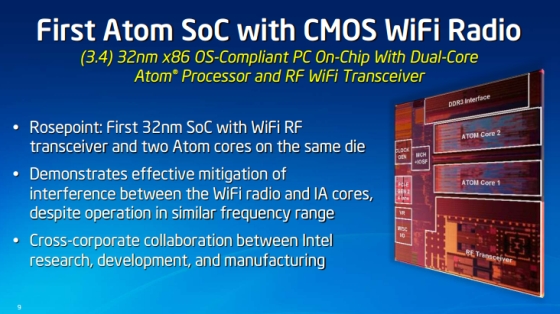 The design should lead to mobile computers that use even less power than current devices with Atom processors and standard WiFi chips. Intel is also reportedly working on adding mobile broadband capabilities to future chips which could be used in phones, tablets, or other mobile devices.

One reply on “Intel to demo solar powered processors, chips with built-in WiFi”