We saw the first teasers for the product last month. Intel still isn’t ready to announce an official launch date, or even to let journalists take pictures of the new computer. But the company did brief writers from several websites including Ars Technica and Tom’s Hardware, so we do have a few new details.

Update: The Skull Canyon NUC is coming in May for $650 and up. 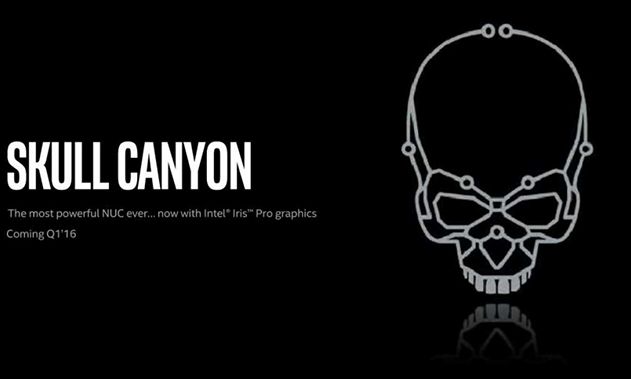 The Skull Canyon computer reportedly features a case that’s about 8″ x 4″ x 1″ which makes it wider, but thinner than most existing NUC models. That extra space should help dissipate th e heat generate by the computer’s processor.

Under the hood it’s powered by a 45W Intel Skylake-H desktop-class processor with Iris Pro graphics.

Other features are expected to include four USB 3.0 ports, Ethernet, an SD card slot, HDMI, DisplayPort, and a Thunderbolt 3/USB Type-C port. You can use that for connecting a range of peripherals including storage, displays, or even external graphics cards.

At this point, Intel is telling reports it expects to ship the Skull Canyon NUC in the second quarter of 2016.