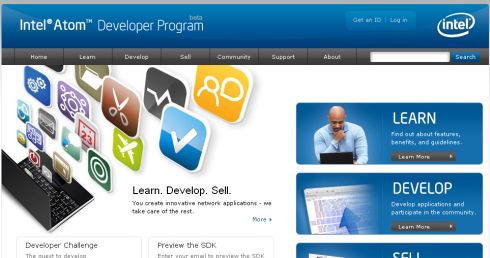 At the Intel Developer Forum in San Francisco today, Intel launched a new Intel Atom Developer Program. In other words, the company is trying to attract third party developers to write applications designed for use on netbooks and other devices that use the Intel Atom processor. Eventually Intel will launch an Atom App Store similar to the app stores for mobile devices including iPhone, BlackBerry, and Google Android smartphones.

The nice thing about app stores is that they give users a single place to find and install free and commercial applications for their devices without scouring the entire web. Of course, most Linux distributions use a similar system for distributing free software, but some of the program descriptions in Linux software repositories are less than helpful for the casual user.

That said, while app stores make sense on smartphones because the average user doesn’t often spend a lot of time thinking about the operating system and where to go to find tweaks and new programs, most netbooks run full desktop operating systems like Windows or Linux. It’s not exactly hard to find programs that will run on netbooks.

Still, if Intel can pull this off, we could see a growth in the number of applications designed to play well with low power Atom processors and netbooks with low screen resolutions. And that can be a good thing.

Because not all Atom powered netbooks run the same OS, Intel’s Atom Developer Program will support several different cross-platform run-times and environments including Microsoft Silverlight, Adobe Flash, and Adobe AIR to make sure that programs work with netbooks running Windows or supported Linux distributions such as Moblin.

You can find a photo of a next generation Intel Atom Pine Trail processor after the jump, courtesy of Engadget. The processor combines CPU and GPU functions onto a single chip, and Intel says the low power processor can officially handle 1080p 480p video playback. Like earlier Atom chips, it can also apparently unofficially support 720p video as well. 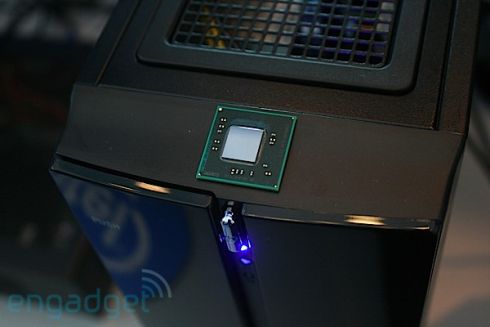