Intel is finally preparing to begin shipping 10nm chips in large volumes. The company says it’s on track to ship its new 10nm “Ice Lake” processors for laptops starting in June, and we could see Ice Lake-powered computers in store shelves this fall.

It’s taken Intel a long time to get here though — for the better part of a decade, the company had adopted a “tick-tock” production model that resulted in a die shrink every year or two. But the company largely abandoned that model a few years ago, and has been stuck on 14nm since 2014 (aside from a few underpowered 10nm “Cannon Lake” chips that shipped last year).

So what happens next? 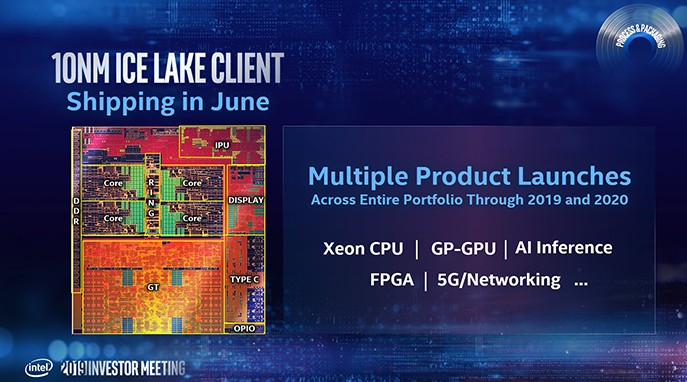 First of all, Intel will begin shipping 10nm chips this summer, starting with its Ice Lake chips for laptops. The company isn’t saying much about general compute performance, but Intel does promise a few significant improvements over previous-gen chips, including:

Intel also plans bring its previously-announced “Lakefield” processors to market, leveraging multiple chiplets together onto a single processor to offer reduced power consumption, better graphics, and a smaller physical package, allowing the chips to be used in thin-and-light machines.

As for Tick-Tock, that’s dead. Intel expects to stick with its newer Process-Architecture-Optimization roadmap. So We can expect to see 10nm chips this year, 10nm+ chips next year and 10nm++ chips in 2021. 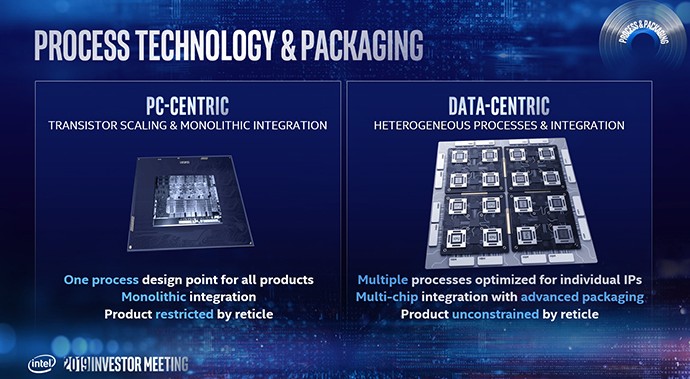 But if Intel can stick to its roadmap this time, we’ll also see the first 7nm chips from the company in 2021.

Intel expects these chips to offer 20 percent better performance-per-watt compared with the equivalent 10nm chips, while also being the first chips to use the company’s new EUV (extreme ultraviolet) lithography. 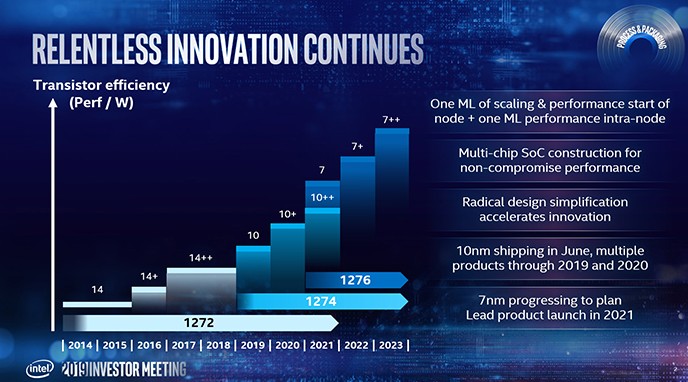 Speaking of which, Intel is reiterating that its first discrete GPU is coming next year. That was actually announced last summer, but it’s good to know the company is still on track.

Intel has been in the graphics business for a while thanks to the Intel HD integrated graphics that are part of the company’s mainstream processors. But starting next year, the company will begin going head-to-head-to-head with NVIDIA and AMD in the discrete graphics space with cards that could be used for gaming, rendering graphics, cryptocurrency mining, and other tasks that benefit from a dedicated GPU.