Intel wants to move computing beyond the mouse, keyboard, and touchscreen and into 3D. The company has developed a tiny 3D camera that’s designed for tablets, notebooks and other products, and companies including Lenovo, Dell, and Asus are starting to show devices featuring the camera.

It’s just the first sense of what Intel is calling its RealSense technology which are designed to move beyond thinking of computers as devices with 2D displays that you need special tools to interact with. 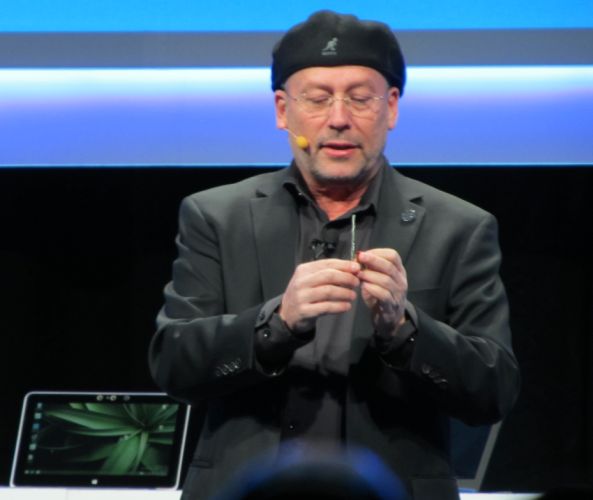 In a demo, the company showed how the RealSense camera can detect depth perception by differentiating between foreground and background objects in a camera app — but eventually it could also allow you to interact with a computer using 3D gestures while playing games or running other apps.

At its most basic level, the RealSense camera feels a bit like the motion controls offered by Leap Motion, with support for gesture recognition. For instance you can wave your hands and fingers in front of the camera to launch apps, pause a video, or perform other actions.

But Intel’s technology goes further with support for facial recognition and face tracking, among other things. For instance, the company showed a demo of a user changing the camera angles in Google Street View simply by looking in different directions.

Intel is also partnering with 3D printing company 3D Systems to allow 3D cameras and 3D printers to work together to help you create physical objects using images captured with a RealSense camera.

The company also showed off a demo of the RealSense camera working with Skype to identify a face and allow you to change the background without losing track of your face (although there are clearly some digital artifacts). It’s kind of like having a green screen… but without a green screen. 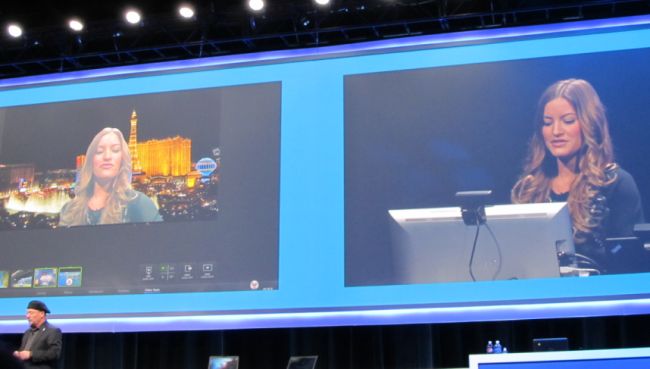 While the first RealSense product from Intel is the embedded camera, what the company is really pushing are next-gen ways to interact with computers.

During the company’s CES press conference, the company also showed off Dragon Naturally Speaking software which works a bit like Google Voice Search or Apple’s Siri, but for PCs by letting you use natural language voice commands such as “play an episode of Family Guy” or “Find me a pizza place” without touching your system.

Thinking bigger, Intel imagines that just as touch is starting to replace keyboard and mouse input on many devices, touchless controls could be the next evolution — and eventually instead of using wearable devices such as Google Glass or smartwatches, users will have surgically implanted devices to let them do things like start a car or unlock a door with a fingertip. 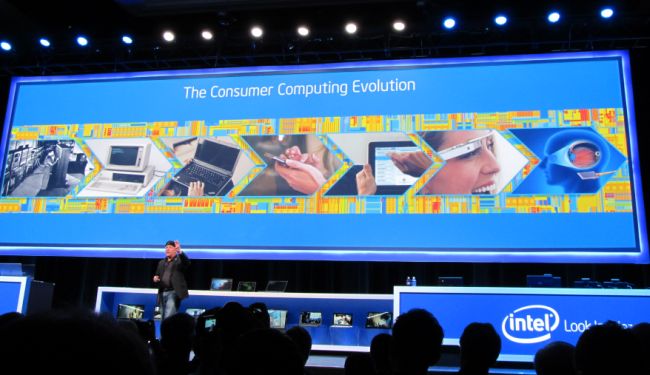 We’re not quite there yet… but it’s clear Intel isn’t just thinking a more than just a year or two ahead when it moves into what it calls perceptual computing.