Intel’s Rapid Start technology is a system that allows recent Windows computers to resume from deep sleep in 6 seconds or less. Soon you may also be able to achieve the same thing on a PC running a Linux-based operating system. 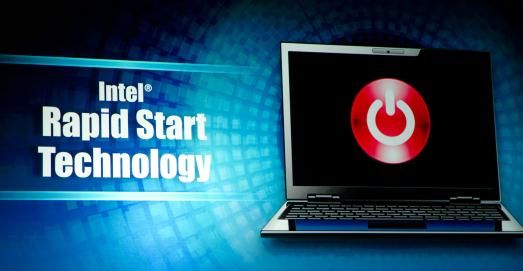 Rapid Start is basically a combination of hardware and software — with most of the software action taking place at the firmware level. Intel works with PC makers to enable support for the technology on Windows computers, but developer Matthew Garrett has figured out how to get Intel Rapid Start to work on a Linux system.

He’s already submitted a patch that could end up in the next Linux kernel (version 3.11) which would enable support for Rapid Start — although users might still need to customize some disk partitions to get things working on their computers.

Here’s how Intel Rapid Start works: When you close the lid on a laptop with Rapid Start, your data is saved in RAM. After a certain period of time, that data is silently moved to a solid state drive and the computer enters a deeper sleep level in order to save power — but it’s not quite as deep as hibernation. Then when you press the power button, the data is recovered from the SSD and you can pick up where you left off.

What Garrett’s figured out how to do is allow the same thing to happen on a PC running Linux. One catch is the system requires a solid state drive. It won’t work at all on computers which only have hard drives.

That makes some sense, since SSDs are generally much faster than HDDs. But you’d probably get some amount of a speed bump if you could use a Rapid Start-like setup on a system with a hard drive as well.

It could take a while before it’s easy to set up a computer running Ubuntu, Fedora, or another GNU/Linux operating system to use Intel Rapid Start. But now it looks like it’s at least possible.