Just over two months after introducing the first 10th-gen Core “Comet Lake” processors designed for laptops and other low-power computers, Intel has added two new chips to the lineup. 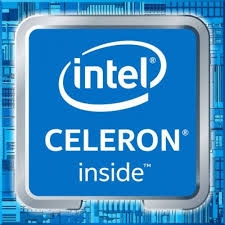 They’re less powerful… but they’re also cheaper, which means we could see the new Intel Celeron 5205U and Pentium Gold 6405U show up in low-cost computers soon.

But only the Pentium chip supports hyperthreading, which means it’s a 2-core/4-thread processor, while the Celeron processor is a 2-core/2-thread chip.

They lack some of the features of higher-priced Comet Lake chips including support for Turbo Boost. But they’re a lot cheaper.

With suggested pricing of $107 for the Celeron 5205U and $161 for the Pentium Gold 6405U, these chips are much more affordable than other Comet Lake chips, which sell for $281 and up. Keep in mind that those are the prices for PC makers who order in quantities of 1,000 or more.

Here’s a run-down of some key specs for the new chips and details about how they compare with other Comet Lake-U series processors: